Eastern
Kaberia condoled with her family on behalf of the entire Meru County Assembly. 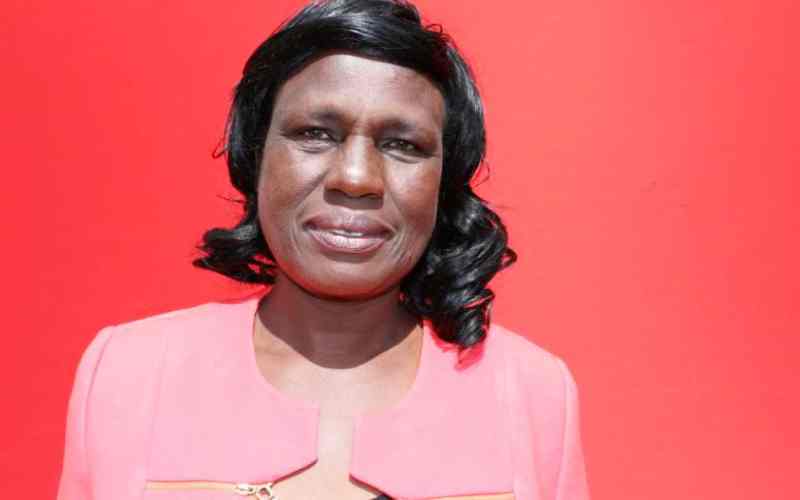 A nominated Member of County Assembly (MCA) has died while undergoing treatment at MP Shah Hospital, Nairobi. Petronilla Gainchi (pictured) was a first-time member of the County Assembly nominated by PNU. She died on Thursday night. Gainchi was vocal in the assembly and a member of several committees among them Water and Health sectoral committees and the Implementation, Delegated Registration and House Business select committees. “She was a member of the House Business Committee which I chair among others and was very active in the house,” said Meru Speaker Joseph Kaberia. The representative who hails from Mikinduri was admitted at the HDU ward of MP Shah Hospital following a diagnosis of severe sepsis. She later passed on while undergoing treatment. Gainchi has been eulogised as a voice of reason. She is said to have been ailing for some time. She underwent treatment in March last year at Kiirua Mission Hospital for colon complications and in January 2020, she underwent treatment for an aggressive blood infection. Kaberia condoled with her family on behalf of the entire Meru County Assembly. Gainchi will be remembered most for a report by the Committee on Labour, Public Service and Social Welfare that she tabled in the House concerning the status of payment of work injury benefits due to Reuben Mburugu in March last year. Mburugu was an employee of the Meru County Government. He was injured during an attack while in the line of duty. Gainchi’s death comes barely two days after Kahawa Wendani MCA Cyrus Omondi was found dead in his hotel room in India.