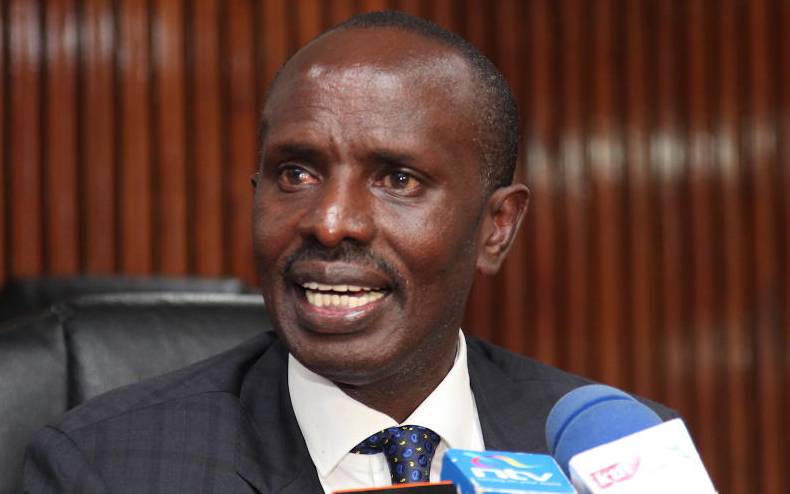 Officials of Kenya National Union of Teachers (Knut) are in shock after the teachers’ employer failed to deduct Sh143 million from its members' December salaries for funding the giant union. Knut Secretary General Wilson Sossion (pictured) said yesterday although teachers' pay slips are out, Teachers Service Commission (TSC) did not deduct the union dues. The tutors' employer deducts two per cent of teachers’ basic pay and remits the same to Knut to run its operations and sustain its branch activities.

Mr Sossion yesterday said Knut is unable to process December salaries for its 2,700 staff across the country, including the secretariat at the head office. There are some 2,000 staff across the 110 Knut branches and another 70 at union head office. Details of Knut expenditure shows that about 61 per cent of the cash the union receives from TSC is relayed to the 110 regional offices. This translates to about Sh84.5 million wired to the branches every month. The remaining 38 per cent – about Sh54 million – is used to run the various programmes at the Knut head office every month. Sossion yesterday faulted TSC for its inaction, saying the Labour Court had ordered it to deduct and remit dues.

“TSC was ordered to remit our monthly union deductions from members but they have continued to act with impunity and this is killing the union,” said Sossion. A status report by Knut on lost revenues shows the union did not get any money from TSC in the months of July, August and December this year. This translates to some Sh420 million. And in September, the report says, Knut lost Sh70 million and another Sh73 million in October. Last month, the report adds, the union lost Sh76 million. Cumulatively, Knut says the union has lost Sh639 million. “Failing to deduct union dues has starved Knut hence crippling the union operations completely,” Sossion said. Knut says some 80,000 members have been struck off its roll, chopping its membership down from 190,000.

Sossion said the employer ‘unilaterally and unlawfully’ introduced union membership validation through a digital platform where Knut members were targeted. TSC has previously held that Knut may get the money directly from its members, whenever it fails to make necessary deductions. This means the union has to find alternative ways of collecting the dues directly from its members, under a hostile environment that also required the teachers to authenticate whether they want to remain in the union. In its end of year media briefing, Knut took a swipe at TSC. “By virtue of being the teachers' employer and regulator, TSC should exercise exceptional degree of civility and professionalism and also serve as a role model by observing and obeying court orders and rulings,” reads the Knut statement of December 19. The fight between TSC and Knut has dragged for the better part of this year with protracted court battles. Promotion criteria  At the centre of the fight was implantation of the professional tools by TSC, promotion criteria and whether teachers in unions can hold leadership positions. The fight has been characterised by interdictions and dismissal of some teachers, running double pay rolls by TSC, withdrawing salary benefits for some teachers and deregistration of Sossion as a teacher. The final nail hammered by TSC was a notice issued to strike Knut from recognition list by the employer. And last week, Knut called for ceasefire, extending an olive branch to TSC and asking for a meeting before December 24.