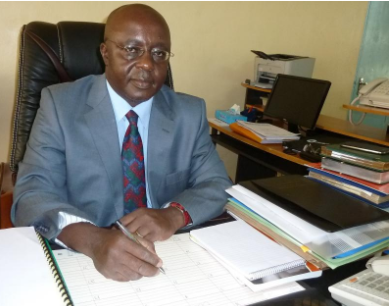 Former Masinde Muliro University of Science and Technology (Mmust) Vice-Chancellor Prof. Fredrick Otieno is dead. Prof Otieno suffered a stroke last Thursday at his house in Kisumu where he lived alone. His workers found him unconscious on Friday after breaking the doors. They rushed him to Aga Khan Hospital in Kisumu and then he was later transferred to Tophill hospital in Eldoret where he was admitted. Prof Otieno died on Monday around 11.30pm according to his friends who spoke to Standard Digital. Dr Florence Otieno, wife of the deceased broke the news about her husband's death on her Facebook account on Tuesday morning. “A gentle giant has fallen, you touched many lives and made a difference to humanity my darling. Go in peace Prof Fred Otieno, will love you forever,” read the post. At the time of his death, Prof. Otieno was the chairperson of the Board of Directors of the Kakamega County Urban Water and Sanitation Corporation (KACUWASCO). He has been fighting to have his second term as Mmust VC renewed after his unceremonious exit a year ago.