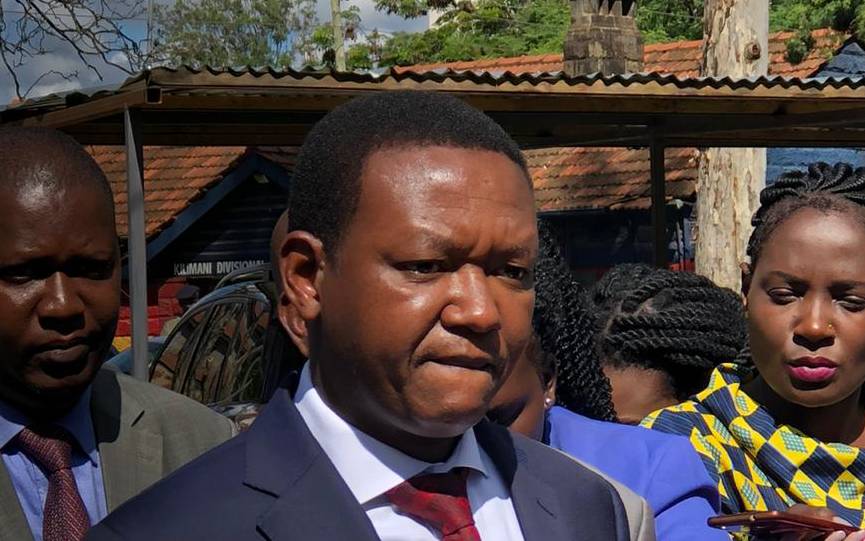 “I am writing to bring to your attention that the above named persons have on two different occasions threatened me with unspecified consequences because of my statements on national issues.” Dr Mutua said he was threatened on two different occasions over his comments on national issues at State House on December 11. He said he recorded a statement at Kilimani Police Station under OB No. 50/16/12/2019. He said that his fight against corruption is what has led to threats against his life. While listing the evidence in his statement, Dr Mutua cited an incident in State House on November 25, 2019, when Murkomen and Duale confronted him for attacking DP Ruto. Below is a portion of Governor Mutua’s statement. 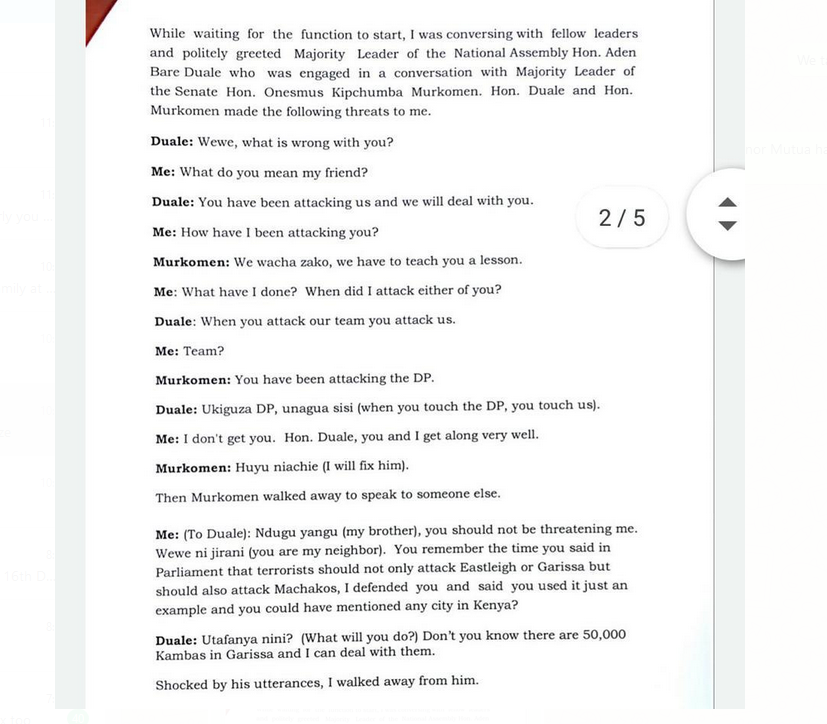 In the second incident, the Governor is accusing DP Ruto of threatening him on December 11, 2019, at the State House, during a Banquet in Honour of the Barbados Prime Minister Mia Motley. Below is a section of his statement revealing a conversation with the DP. 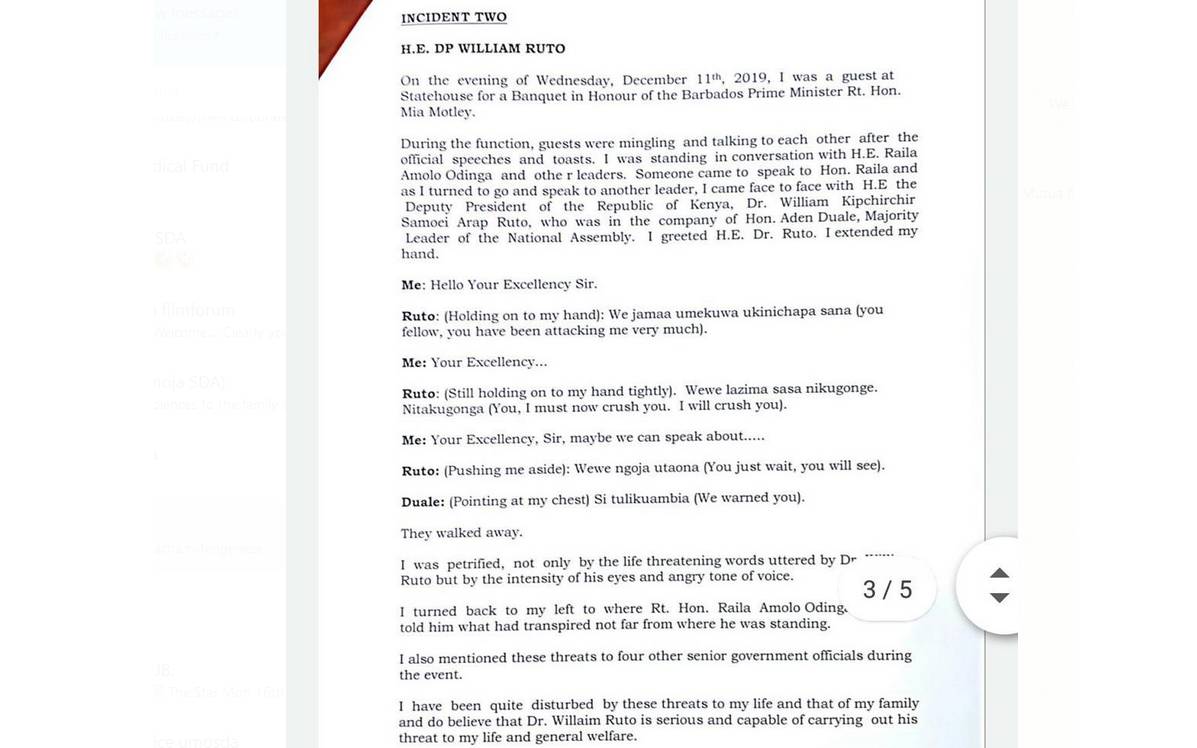 Calls to Deputy President’s press boss David Mugonyi went unanswered at 11.15 am when this story was updated. Mutua has therefore called on the Inspector General of the Police Hilary Mutyambai to provide him with enough security. He has argued that given the history of political assassinations and political violence; such threats can never be wished away.