MP Babu Owino claims his life is in danger

Nairobi
According to the vocal MP, a saloon vehicle with four occupants has consistently trailed him day and night over the past few months. 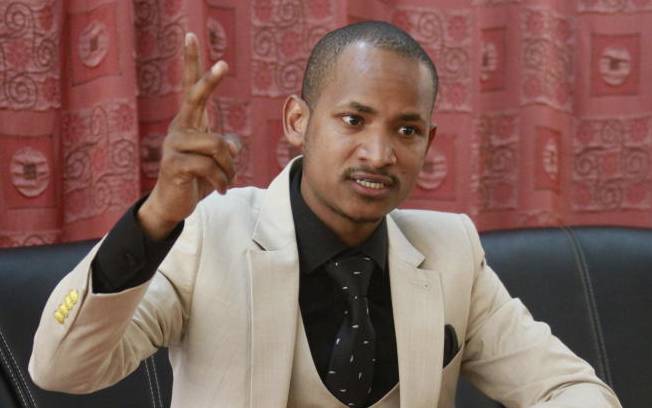 Embakasi East Member of Parliament Babu Owino (above) has recorded with police claiming unknown individuals attempted to assassinate him on Saturday. According to the vocal MP, a saloon vehicle with four occupants has consistently trailed him day and night over the past few months. “Over the past couple of months, I have been on the receiving end of hateful abuse and indeed threats against my life for my outspoken brand of politics,” he said.

He recorded the statement at the Parliament Police Station, Nairobi on Sunday. He said in recent weeks, the said vitriol has been getting increasingly worse and he has been a targeted man. Owino said that he was undeterred and will continue with his duty as the MP. “Yesterday (Saturday), these men made an attempt on my life! I am known for speaking out in defense of ordinary people without fear or favor. This seems to be rubbing some people in high places the wrong way. Regardless, I have done my duty to the people fearlessly and will continue to do so until the Lord calls me home.” Owino now wants Inspector General of Police Hilary Mutyambai to expedite probe into the alleged assassination attempt and bring the suspects to book.

He added: “In closing, I will not stop. I shall not stop. Death comes to us all and I know mine will eventually come. I am not afraid of dying for my beliefs and in service to my people. Tialala!” His report was captured under OB21/17/11/2019 and now police say they are investigating the claims. Gatundu South MP Moses Kuria said he had taken note of concern the fears expressed by Owino on his life. “It is the responsibility of government to secure all its citizens more so outspoken leaders at this crucial moment in our nation. Political assassinations belong to my father's generation not ours,” he said. A team has been assigned to pursue the matter. There is also a possibility of advising the MP to review his security which would include his movements.