Reprieve for union as court stops employer from ending accord 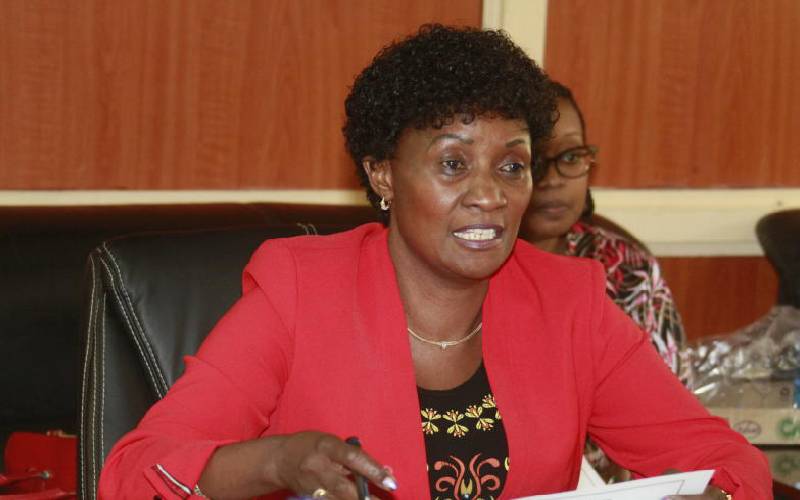 The Kenya National Union of Teachers (Knut) has secured a temporary order stopping the teachers’ employer from abandoning a recognition agreement. Knut’s lawyer Judith Guserwa said the notice issued by Teachers Service Commission (TSC) boss Nancy Macharia (pictured) to terminate the agreement signed on May 15, 1968, was without basis as the union still has the simple majority teachers. The judge heard that the notice was issued based on contested numbers. It emerged that TSC created a portal to shift Knut members to its rival Kenya Union of Post-Primary Education Teachers (Kuppet) after a bitter fallout. “If the said notice is allowed to take effect, it is going to create irreparable loss and suffering in the education sector as well as strain the relationship between the parties,” argued Guserwa.

Knut Secretary General Wilson Sossion in his affidavit claimed that TSC was undermining the union’s membership and accused Dr Macharia of putting up a validation process, meant to destroy the union. Labour Court judge Byrum Ongaya said Knut had a case that had a probability of success, hence parties should maintain the status quo. This came as Cotu boss Francis Atwoli defended Knut, saying the provisions of the Constitution are superior to the recognition agreement cited by TSC. “The simple majority of 50+1 per cent no longer holds water under the new Constitution with a robust Bill of Rights and this is what the teachers’ employer seems to ignore.”