Dr Kidero and 16 co-accused denied all charges of corruption including money laundering, abuse of office and unlawful acquisition of public property when they appeared in Milimani Law Courts, Nairobi.

Kidero was arrested on Friday and spent the weekend in police custody.

He and 16 co-accused are facing charges of corruption which say they irregularly paid Sh68m to  Wachira Mburu and Advocates law firm.

Kidero protested the manner in which he was arrested and incarcerated after being denied police bail. He told the court that detectives told him that they were acting on ‘orders from above’ to detain him over the weekend. 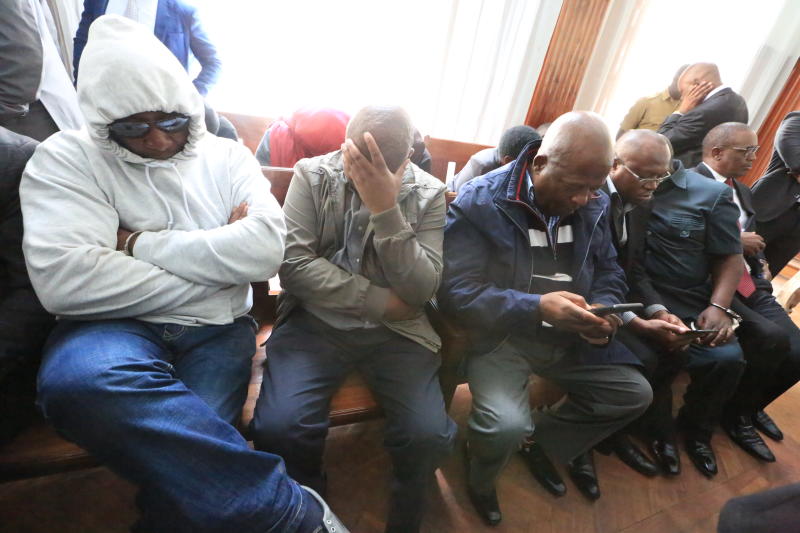 According to the ex-governor, detectives came to his house at 4 am to arrest him and take him to the EACC headquarters by 7 am where he found “all international and local media waiting”.

He added: “It’s a demonstration that EACC is only interested in cheap media publicity and to try my case in the court of public opinion rather than present their case in a formal judicial system where they have to provide proof beyond the excitement of arrests and media. I was arrested at 6 am; why wasn’t I taken to court on the same day? The plan, it would appear, was to keep me in a police station the whole weekend,” he told the court.

Kidero is accused of receiving Sh14 million, which was wired to his account, from a firm associated with Wainaina, who had, in turn, received the money from lawyer Steve Kariuki.

This is the third time he has been arrested since losing the city governorship to Jubilee's  Mike Sonko. He was represented in court by lawyers Peter Kaluma and James Orengo.

IEBC to announce presidential election winner at 3pm
National
By Mate Tongola
27 mins ago
Interested in the rabbit business? You do not need a lot of money
Livestock
By Dr Paul Kang’ethe
1 hr ago
Reasons why you can't keep a man
Relationships
By Esther Muchene
1 hr ago
Ten Hag discovering the mess he has inherited at Man United
Football
By Associated Press
1 hr ago
.