Leaders should know when to call it quits 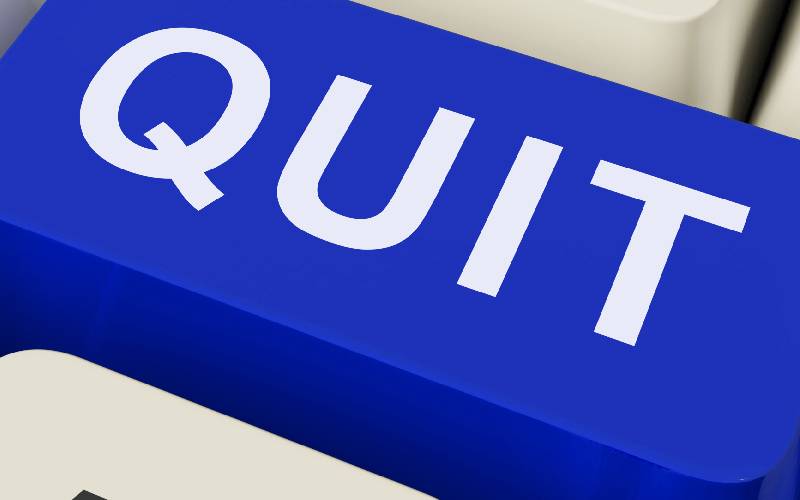 Political leadership has its limitations, after which revered leaders lose the trust of their people and inadvertently encourage social uprisings. To reach that point, leaders would have lost touch with reality. The smart ones know when to quit, but those with limited smartness insist on staying in office even when the signs are that they have lost the people. This leads to uprisings against leaders who outlive their usefulness. Leaders come up due to particular circumstances, either from within in the name of the people, or are imposed from outside to serve external interests. At times, the domestic and the international interests are in conflict and, particularly 'revolutionary' leaders end up fighting multi-faceted challenges. Domestically, there are leaders who start as revered individuals with messianic attributes, especially in times of crises. They gain public trust and authority even if they have no statutory powers. On attaining power, they continue to enjoy public trust for as long as things appear to go well only to lose their usefulness when the good times decline. Internationally, some leaders are imposed on weak countries to serve as proxies in protecting the interests of particular master states. These remain useful for as long as they do the bidding of the master state. When domestic and international pressures converge against a given leader, 'uprisings' become the norm. It mostly happens when a leader has overstayed his welcome. It happened with the 'Arab Spring' and various 'colour revolutions' which then appeared natural.

Leaders who seemed 'revolutionary' when coming up and in times of crises behaved in one of two ways. There are those who consider themselves as transition leaders, laying down foundations before letting others build on their work.These are rare and end up increasing their influence by giving up trappings of power. They read the signs and act to avoid losing the trust of the people. Julius Nyerere in Tanzania quit office once he realised he was losing relevance to the people. Nelson Mandela served one term and quit before losing political clout. Both Nyerere and Mandela remain revered men. Others overstay, then lose touch with the people. This is the case in Nicaragua where Daniel Ortega is under pressure from those who helped him remove the Samoza dynasty in 1979. He played democrat, won elections, lost to Violeta Chamora, and bounced back in 2007. Reelected in 2016, he faces unprecedented political uprisings that undermine his revolutionary credentials.

There also are uprisings in Venezuela as two men claim to be president; Nicholas Maduro and Juan Quaido who has support of the West. Under Hugo Chavez, Venezuela championed the concept of the 21st Century Socialism. Chavez had survived many externally engineered ouster attempts but his successor, Maduro, lacks the charisma to hold the country together in the midst of shortages of essentials. In Africa, Zimbabwe's Robert Mugabe started as a revered revolutionary leader, but after more than 30 years in office, he lost touch. Fortunately for him, Zimbabweans organised a civilised coup in which he lost the presidency, but continued to enjoy privileges because they still revered him as man and anti-colonial liberator. Algeria is another African revolutionary country where its leader, Abdelaziz Bouteflika, has outlived usefulness. Having participated in the anti-colonial wars, his presidency lost the revolutionary zeal with rising repression, corruption scandals, and new generations with no memories of anti-colonial wars. When he announced that he wanted a fifth term, despite the fact that he is ailing, there arose regular uprisings that forced him to backtrack and agree to vacate office in an orderly way but the uprisings persist. Like Mugabe in Zimbabwe, Bouteflika had grown out of touch with reality and imagines that his revolutionary credentials still had currency. Leaders who overstay their welcome tend to be deluded. They then suffer the ignominy of watching their reputations erode. Even as people hound them out of office, they still believe they are popular. Prof Munene teaches History and International Relations at USIU