By Dickson Mwiti | 3yrs ago

The women drawn from Tharaka, Maara and Chuka/Igambang’ombe sub-counties accused Mr Njuki of demeaning them by referring to them as dirty people.

They threw the undies demanding withdrawal of the alleged insults and apology.

The women presented their grievances to the Chief of Staff Mr Wilson Murithi and other county officials outside the county boss’s office as the Governor and his deputy were not in the office.

Speaking to media, Diana Kagendo said the governor has a habit of portraying women in a negative manner in most of his public speeches.

She said it was demeaning to abuse women in public considering that they played a crucial role in ensuring that he was elected as the Governor.

When the Governor was angry with contractors, who were demanding payments, she added, he said the county had no money to give them and “that they will be paid by their mothers."

Evangeline Karimi blamed Mr Njuki for allegedly telling ladies to source for sponsors to finance beauty pageant that he insisted his government had no money to waste in facilitating models.

They also accused the county boss of demeaning Senator Kindiki by referring to him as speaking with a feminine voice following a recent row between the two over ownership of projects.

The Governor was speaking recently during a launch of tarmacking of Chogoria town roads where he said some politicians speaking like women will soon come to claim they had a hand in them.

Ms Eunice Kajira from Tharaka constituency said the governor also insulted women by asking them to look for sponsors to finance beauty pageant saying the county had no funds to waste in facilitating models to cat walk in front of Members of County Assembly who were demanding the event.

The county chief of staff promised to present the grievances to the governor for action.

The governor was not immediately available for a comment.

Sakaja: I am not closing noisy churches, will find a solution
Counties
By Winfrey Owino
24 mins ago
2500 infected with HIV between 2020 and 2021, CS Nakhumicha says
Health & Science
By Winfrey Owino
50 mins ago
Kenya's proposal to establish a separate fund for non-commercial disposal of ivory stockpiles shot down
Coast
By Patrick Amimo
1 hr ago
Relief as Kenya avoids doping ban from World Athletics
Athletics
By Washington Onyango
1 hr ago
. 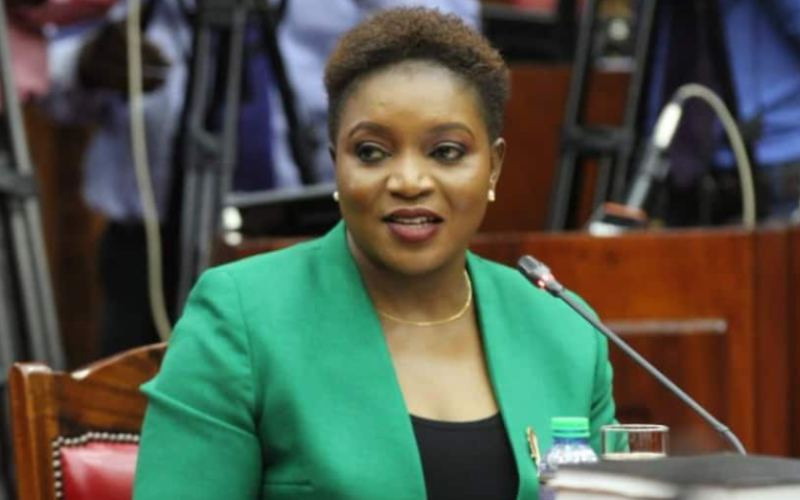 By Winfrey Owino 24 mins ago
Sakaja: I am not closing noisy churches, will find a solution
.