By Rawlings Otieno | 4yrs ago

London-based Queen's Counsel Khawar Qureshi, who has been engaged by the Directorate of Public Prosecutions, will only handle the corruption case facing Deputy Chief Justice Philomena Mwilu, its director has clarified.

A Queen's Counsel, or King's Counsel during the reign of a king, is an eminent lawyer who is appointed by the monarch to be one of "Her Majesty's Counsel learned in the law." The term is also recognised as an honorific.

While defending Khawar Qureshi's appointment, DPP Noordin Haji told the Senate Justice, Human Rights and Legal Affairs Committee that the prosecutor would not handle all cases of corruption but only Justice Mwilu's.

Mr Haji told the committee that the Deputy Chief Justice's (DCJ) case was complicated and needed an independent person who had no political links or emotional attachment to it.

He said he picked Prof Qureshi through single-sourcing after failing to find a suitable candidate through advertisement.

The DPP was responding to a question from Nakuru Senator Susan Kihika, who expressed concern that the appointment of the Queen's Counsel could be seen as indicating that the DPP's office lacked prosecutors of integrity and competence to handle complex cases.

Ms Kihika, who is also the Senate Whip, told the DPP that it was not going to be easy for a foreigner to handle corruption cases in the country.

“Are you telling us that as a country we don’t have qualified lawyers to take up that position; that we have to go back to England for assistance? The appointment makes me wonder whether you have an office of prosecutors that you don’t trust. Don’t you think you need to boost the morale of your officers?" she asked.

Haji, however, said the senior local lawyers were not comfortable handling the DCJ, a case he said had been viewed with executive power undertones, political inclination, and hence his decision to go for an independent person.

The DPP said in a notice on Tuesday that he had picked the professor through single-sourcing after failing to find a suitable candidate through advertisement.

“I had a meeting with my prosecutors and we arrived at the decision to bring in an independent person to handle the case. It is not that we don’t have qualified prosecutors in the country; we have, and in fact, some are more senior than me,” Haji said.

The DCI, who had accompanied Attorney General Paul Kariuki, Director of Assets Recovery Agency Kimani Muthoni, Director of Criminal Investigations George Kinoti and top officials from the Ethics and Anti-Corruption Commission, told the committee that the case facing the DCJ was high-profile and of public interest.

“All senior counsels were not comfortable handling the case. It is sensitive and I thought it needed an independent one. I have faith in my staff. On this particular one, we agreed that we needed a special counsel. I had assigned the most senior to handle the matter but there were accusations,” Haji added.

Prosecutors have accused the DCJ of abuse of office, accepting money in the form of a gift, failing to pay taxes, and obtaining by false pretext. 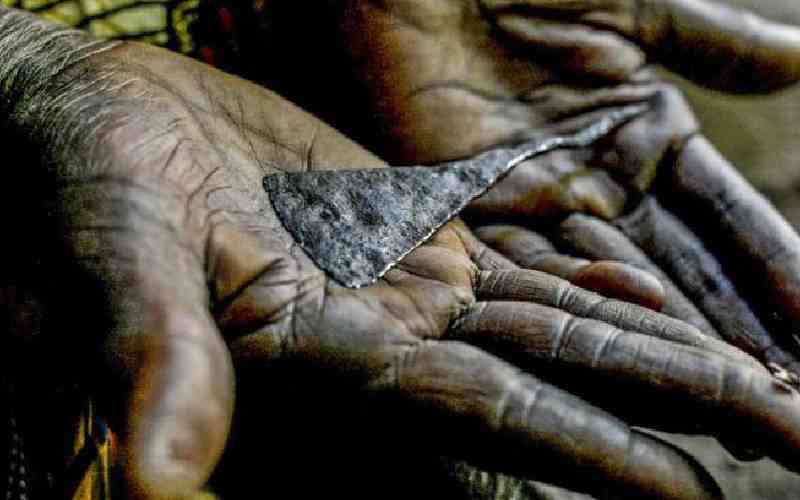 Active involvement of men, boys can help bring FGM to an end
Opinion
By Anders Thomsen and Shaheen Nilofer
29 mins ago
UV nail driers may pose cancer risks, new study shows
Health & Science
By Ruth Matindi
39 mins ago
Premium My role in 'Wimped' drained me emotionally- Neshiro
Arts Lounge
By Silas Nyamweya
1 hr ago
My new boyfriend is different from me
Relationships
By Chris Hart
1 hr ago
.