Shanties that live in the shadow of gleaming campus blocks

Home & Away
For a long time, universities and colleges have existed side by side with slums. In many cases, these slums have come up because of the presence of these institutions. 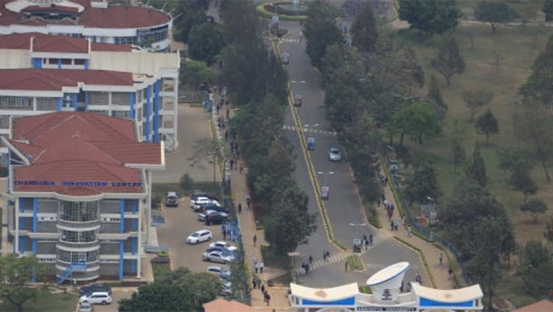 For a long time, universities and colleges have existed side by side with slums. In many cases, these slums have come up because of the presence of these institutions. To those who frequent these slums, affordability is key. “Life around the shanties is always cheap for not only the students but the entire human race. Private developers will always develop houses going by the demand. These shaky houses that are found around campuses is what majority of the students can afford,” says Edwin Nyanducha of Inkubate Financial Advisors.

SEE ALSO: Covid-19 cases in slums not a surprise

According to him, in shacks, students from both the rich and poor background by the law of nature mingle and get time off from school every day and scores spend break time partying it up in the slum’s popular places, where life is entirely cheap. “Kenyan college population is now slightly shy of hitting a 200,000 mark and the institutions are overwhelmed in that they cannot house all of them in hostels thus private developers have to build cheap residential apartments that fit the students’ budget. Slums come up in handy with this kind of lifestyle,” says Nyanducha. No basic services In most of these low cost houses, students in these shanties around campuses are living in limited access to basic services, such as water, electricity and toilets as college administrators watch in dismay and helplessness. In Kenyatta University for instance, a university which currently is said to be on top of things in terms of infrastructural developments compared to other campuses, the brunt of the legendary ghetto ‘KM’ which is a market centre by day and a prototype of the popular US Las Vegas are a daily reality.

“In KM, from lodging to feeding, we live on a lean budget. Here, the rich and the humble student’s fraternity party by day and night without any interruption,” says Joan Chebet, a resident. In KM for instance, in some sections, a single house unit can let to as little as Sh1,500 and Sh3,000 on the higher side. This is where most of the students prefer to live and party. In the Kesses-based Moi University’s main campus, on a Monday morning, which is a normal school day, students will be seen roaming around the corridors of ‘Mabatini’; another ghetto that slowly awakes far much earlier than anyone else in the neighbourhood and is popular with cheaply brewed chang’aa. Saturday’s is shopping day and students wqill buy anything from kuku kienyeji, slaughtered as you wait, to clothes from the affectionately nicknamed ‘Mabs’. Kipsaro Arap Boit, a former Moi University student’s organisation chairman says that slums around campuses are a creation of some cartels for their own benefit. These cartels will block any formidable gains in relation to housing the students to benefit their operations in these shanties since they own housing units in these slums.

“Most of the houses shanties around the universities are built and solely owned by some university operatives. They will deliberately fail to address these issues to reap from the shortcomings,” says Boit. Nairobi Institute of Business Studies Principal Lizzie Muthoni Wanyoike, whose institution has had a similar problem of shanties sprouting around their main campus says that these shanties are not from the institutions own making but from both the authorities and the land owners around these campuses and other institutions. “Slums sprouting around institutions of higher learning is a problem that can be partially associated to land owners around these institutions. Many of them have no capacity to develop reputable houses to house students but they will always cling to their parcels of land and end up constructing cheap housing units that make up slums,” says Wanyoike. She adds that apart from these land owners clinging into these small plots and constructing shanties, the authorities who mainly feature the county governments have lost control of the small business infiltrations that open up bars and clubs that sell cheap liquor around these institutions. However, she says, with enough collaboration between the local investors and institutions, slums around these campuses can be a thing of the past. “Real estate investors with enough financial muscles can come in to collaborate with local institutions to build habitable housing units for our students with strict signing of agreement that will focus on the students security, catering, common rooms among other students affairs that make up an hostel. This will help eliminate these slums to some extent,” she says.

Worst and best passports according to survey