Trump rakes in 72m Twitter followers in hours, closing in on 88m mark before ban

Former US President Donald Trump is raking in followers on Twitter hours after he was reinstated to the social media platform after a two-year ban.

Trump, who Tuesday began his 2024 presidential campaign, was reinstated Saturday by Twitter owner Elon Musk following a poll that asked the platform’s users to click “yes” or “no” on whether the former president’s account should be restored.

The outspoken and controversial 45th President of the US was banned from using Twitter in January 2021 for inciting violence. At the time of the ban, Trump’s account had amassed over 88 million followers.

When reinstated following weeks of speculation after Musk’s $44b takeover, Trump’s account began accumulating followers by the thousands. As of 3pm Saturday, it boasted a meagre 100,000 followers. By 4pm Sunday, November 20, the account has attracted over 72.3m followers – 16m followers shy of its January 2021 mark.

According to an analysis by AP, Trump’s reinstated account is "complete with his former tweets, more than 59,000 of them".

Trump has, however, stayed away from Twitter, one of the world's most influential social media platforms, and according to Reuters, “has no interest in returning."

Speaking Saturday in Las Vegas, Trump said he had no reason to return over, among others, Twitter's recent internal upheavals.

“I hear we’re getting a big vote to also go back on Twitter. I don’t see it because I don’t see any reason for it. It may make it, it may not make it,” said Trump during the Republican Jewish group meeting.

He owns his own social media platform, TRUTH Social, which he began posting on regularly in May to navigate bans from Twitter and other platforms such as Facebook and YouTube.

-Additional reporting by AP and Reuters 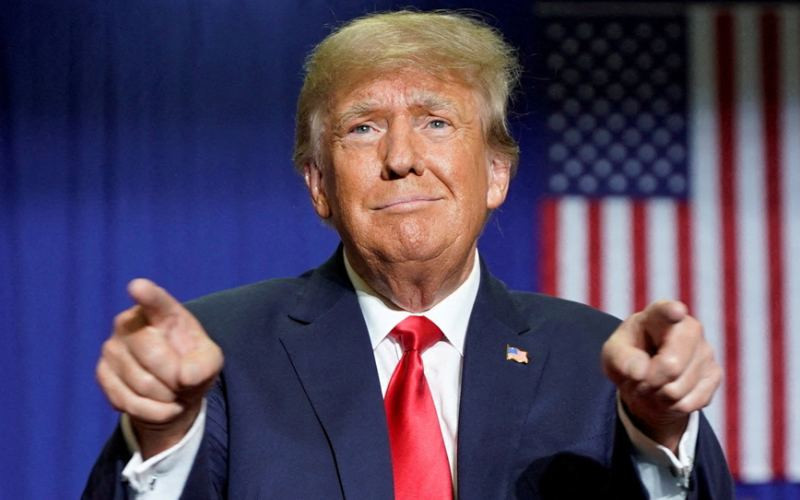 North Rift: Government steps up war against banditry, to deploy more personnel
Rift Valley
By Betty Njeru
1 hr ago
Premium Our son has made us proud, Wafula Chebukati's parents speak
Western
By Martin Ndiema
3 hrs ago
KWS: Why vasectomy on Nairobi lion was best decision
National
By Brian Okoth
4 hrs ago
Elderly man inflates hospital bill to get extra cash from children
NEWS
By Collins Kweyu
4 hrs ago
.