Building a bridge over the Likoni channel shouldn't be so hard 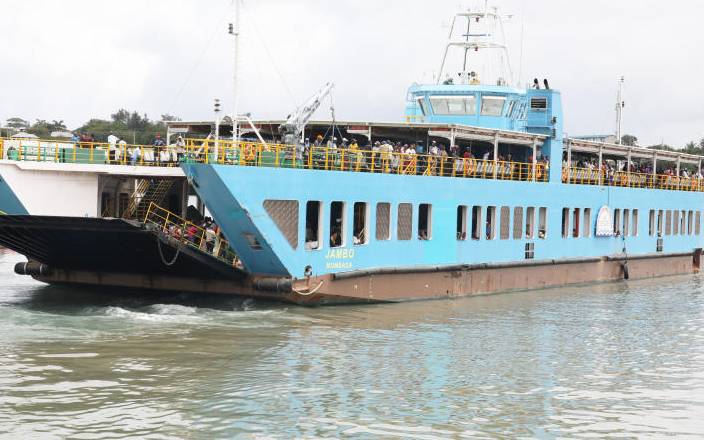 There is nothing like panic induced by the fear of imminent death to enhance human senses. In 1998 when I took my first ferry crossing at the Likoni channel, the contraption briefly stalled mid-channel and started to drift. At the time of boarding the ferry, I had seen the silhouette of a large ship on the horizon approaching the channel. When I expressed concern that the ship could be upon us and smash the ferry into smithereens, a friend assured me we’d make the crossing long before the ship could get to the channel. Never before in my life had I panicked more than when the ferry stalled, and the panic was aggravated by the realisation I could not swim. Only God knows what crazy thoughts went through my mind, but I could have sworn, at that moment, that I saw faces on the deck of the fast-approaching ship stare at us in consternation. But, as I said, it was my enhanced imagination playing tricks on me; the ship made its majestic appearance half an hour later after we had made it across the channel. The minor hiccup with the ferry’s engine was rectified in a short moment, but it was harrowing.

Given that scary experience, when a video clip showing a hairy encounter between a ship and a ferry was posted on social media recently, I empathised with the panicked wails of the people aboard the ferry. Incidentally, the near-miss was at the same channel crossing a month ago, and now the vehicle tragedy. Effortlessly, these experiences dredge up memories of the 1994 Mtongwe ferry disaster that claimed 272 lives. While the ferry’s capacity was 300 people, there were 400 people on board the ill-fated ferry. One word sums up everything that led to the 1994 Mtongwe disaster, the recent near-miss and now the Likoni tragedy; negligence. Vehicular transport If blame must be apportioned, as it surely must, the national government is culpable. The Ministry of Transport, despite large budgetary allocations every year, is presiding over a chaotic sector that subscribes to no rules and whose leaders are reactionary; waiting for accidents to happen to slide out of their hiding holes. The meddling in Nakuru after a helicopter crashed into Lake Nakuru in 2018 did not offer any lessons. Disaster preparedness is an alien concept to strategists in this accursed ministry. To it, even streamlining vehicular transport in Nairobi is a nightmare, basically because those in charge – most likely political appointees - are clueless. It took thousands of lives lost before someone realised that a wall dividing the 10-kilometre stretch of Salgaa Road on the Nakuru/Eldoret Highway could save lives. Equally, it could take thousands of lives lost before the lethargy assailing those in charge of transport realise that a bridge is an answer to the dicey Likoni channel crossing. Faced with the latest mishap, the tussle over running of ferry services in Mombasa between the national government and Mombasa County Government is conveniently forgotten.

Wildly popular In 2015, Mombasa County Assembly passed a motion giving control of the ferry services to the county government, notwithstanding it lacked the wherewithal to manage the operations. After the recent accident, both levels of government have been hesitant, even in issuing statements regarding developments on the farce that is a search for the bodies of the two victims trapped in the ill-fated vehicle. It is telling enough that a country, known for shouting the loudest about sovereignty at the slightest provocation, lacks divers and diving gear able to reach a depth of 70 metres. Depressingly, the bereaved family, not even the Government, had to bring in divers from South Africa. It is only where easy money is concerned that government mandarins flex their muscles seeking control and with it, an opportunity to siphon the money. In 2014 when the Jubilee government was still wildly popular, there were elaborate plans to procure two modern ferries to serve the Likoni and Mtongwe crossings. By government projections, the Sh600 million ferries were supposed to have eased the congestion witnessed daily at Likoni and Mtongwe by the end of 2016. If you haven’t noticed, this is 2019 and little, if any, has changed. The distance across the water from Mombasa mainland to the Likoni Island is an estimated 500 metres, marginally longer than the 420 metres Kilifi and 396 metres Nyali bridges. It doesn’t take rocket science to realise that a long-term solution for the transportation hitch between the Mombasa mainland and Likoni Island is the construction of a bridge. In a country where salonists are reputed to have corruptly moved millions of shillings in gunny bags, where individuals have access to, and loot billions of shillings from public coffers, money should not be a problem. A bridge over the Likoni channel should be built like yesterday.