Mother to or mother of? Here’s the answer 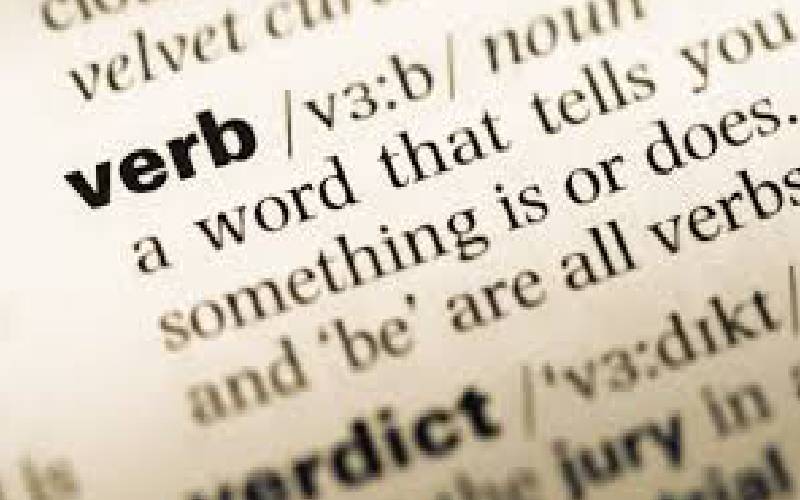 The media stands accused of using the phrases ‘wife to James’ and ‘wife of James’, ‘parent of Mary’ and ‘parent to Mary’ interchangeably.

Perhaps because of that, many people on whom the practice has rubbed off don’t pay particular attention to using the correct preposition to show belonging where marriage or filial relationships are concerned.

So common is the misuse that a reader had this to say: “I request that you also explain to your readers the appropriate use of ‘to’ and ‘of’ when they are used to denote the relationship between individuals.

For example, you will find many people writing so and so is ‘wife to’ so and so.

This is clearly a mistake that has become so prevalent, even well educated people seem to make it to the extent that those who know better begin to question their understanding of the usage”.

To recap, an earlier column explained that prepositions are words that come before nouns, pronouns or expressions and show the relation between one word and another. They are categorised as preposition for place, time, direction, agent and prepositional phrases.

Prepositions are static; neither having the plural, inflective (change in form) or possessive forms. Ideally, nouns come after prepositions. However, gerunds, (verbs that end with –‘ing’), sometimes follow prepositions.

Prepositions can be a single word, two or three words. Those in the last two categories are known as complex or phrasal prepositions, some of which are; instead of, on behalf of, in spite of, on account of and so forth. That said, let us take a look at the grammatical application of the prepositions ‘of’ and ‘to’ for us to understand which of the phrases mentioned earlier is correct.

Family relationships are about belonging, not strictly in the sense of ownership, but more as being part of a unified whole. A man and woman from completely different backgrounds come together in marriage to start a family composed of the father, mother, sons and daughters; a merger of sorts.

As such, to show relationship between any two or three of the family members, the appropriate preposition is ‘of’. For example, we should say; ‘Mary the mother of Jesus’.

Several uses are attached to the preposition ‘of’, namely; to show a connection (relationship) between two people or things as the example of Mary and Jesus demonstrates.

It is also used to make reference. For example, “In the year of the Lord 2018, Kenya became the only country in the world to have two presidents sworn into office only a few days apart’. To indicate an amount or a number, we use the preposition ‘of’. For example, “The dusty environment he works in demands that he takes three packets of milk every day”.

The preposition ‘to’ is also used to express a relationship where one thing is dependent on another or simply gives an explanation. For example, “A valid passport is critical to your getting a visa”, “We had to beg to be allowed into the theatre”. To show limit, we use ‘to’. For example, “The cost of maize flour rose to Sh140 by yesterday evening”, “She is up to her ears in debt”. Time is also indicated by the ‘to’ preposition; “The 9am to 12pm work schedule allows him enough free time for side hustles”.

More commonly, the preposition ‘to’ is used to indicate a thing (I am going to the altar), person (Give the book to George), something that receives an action (The prestigious best actor award was given to Lupita), a place (She went to the Dubai), movement or direction (I am driving to the South of the country). ‘To’ in some cases is used as a link.

For example, “To a greater extent, the government is to blame for tragedies in many schools across the country).

The ‘to’ preposition can also be used in giving estimates (In the cramped space within the cell, there were about 100 to 200 suspects).

The ‘to’ preposition comes after nouns (The key to the store is missing), after verbs (We listened to insincere platitudes by government officials after the collapse of a school wall in Nairobi), after adjectives (Mariga remained loyal to Jubilee despite insults from some netizens).

A number of the more common phrasal verbs use the preposition ‘to’. These include; looking forward to (anticipation), raise objection to (disagree with), appeal to (plead with or be amenable), listen to (pay attention, consider), get down to (get into action) and boil down to (summary).