Denis Kiogora: We planned to impeach the Governor up to 8 times to ensure our survival 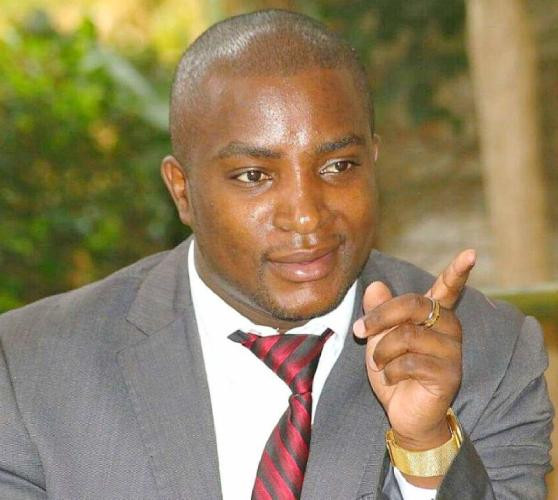 Abogeta West MCA DENNIS KIOGORA, who is also the minority whip in the Meru County Assembly, fields questions from Spice FM on events that led to the impeachment of Governor Kawira Mwangaza, as transcribed by ESTHER DIANAH.

You attended a meeting with the deputy president alongside other leaders from Meru County. What was the meeting about?

It was about the impeachment. The president had delegated the deputy president to oversee talks between the MCAs and the governor to sort out the situation we have in Meru and start working together.

MPs and MCAs presented their issues. The governor will then meet with the deputy president so that he can share what he got from us. There was also a proposal to have a 10-member committee of MCAs, MPs and the governor so that they can sit down and agree on how to work in Meru County moving forward.

What is the real issue that led to this?

In September, we held a few meetings with the governor and agreed to come up with a working formula. We have an oversight mandate, but most people do not understand that. So the governor was still in campaign mode; she would visit your ward without notice. Sometimes this would happen when you are in the assembly and then you get the news that the governor is in your ward. It appeared as if we were not working in sync with the governor. The governor then started showing us disrespect, lecturing. Sometimes she would confront us to answer questions in front of the electorate. We called the governor to discuss the issues but she didn’t come. Instead, she appeared on an FM station saying MCAs wanted to meet and eat mandazi, yet she didn’t have time for that. When we looked for her in the office, she was normally not there.

We told her to sit down with us first and form the government, with us approving the CECs, CEOs and board members. She then go can go back to “mashinani akiwa na serikali”.

She started working with her own set of MCAs, especially our competitors in the election. She took ward admins, visited four wards a day doing public participation. She then called her set of MCAs to Meru Town and started forming a party called Okolea Party that was aimed at empowering the MCAs to get rid of us.

What would be the impact of all this?

It would be dangerous because she would come with them and when we forced our way into the meeting (because we were never invited), she would hold their hands and say those were the people she wanted to work with.

For us, it was a fight for survival. When the governor started supporting our opponents, we sat down and decided to impeach her. It was meant to divert her attention from fighting us. We had calculated that in two years, we could impeach her eight times. But we knew chances of it passing in the Senate were low because of the short time we have been in office. For us, it was to bring her to negotiate because she was not picking our calls, and she was busy insulting us. After we tabled the motion, she started calling us.

It is believed that the genesis of all this that the governor is a woman...

No, I don’t think the gender card should come to play. I know there are people who can bring it up because of the history that we have in Meru County. If that was the case, how about all the women MCAs supporting the impeachment? Are they not women like her? Actually, we have a big problem with the husband and not the woman. The man comes to official meetings and starts insulting us. He has an office next to the governor’s. The husband would come to meetings and start an agenda or insult us, and normally, the governor would come in and pick up from where the husband left and continue with the insults. So we felt maybe the husband was influencing the governor somehow.

What issues did MPs raise at the meeting?

The MPs never spoke in that meeting. They shared their issues with the DP, but we are not privy to the details. They were silent in our meeting, apart from their chairman who stood to confirm that they had had the meeting.

She is popular, but not as she was before or during campaigns. Most of her supporters do not understand the impact of our fight with the governor. If they did, they would not support her.

Are you not bitter that she won on an independent ticket?

Maybe there is bitterness from the candidates, but the 69 MCAs were not vying for governor. So, there is no way we can be bitter with her. I personally called her because there were complaints in the assembly. The origin of all this is the governor not picking our calls.

You are stuck with this governor for the next five years. How will you make things work?