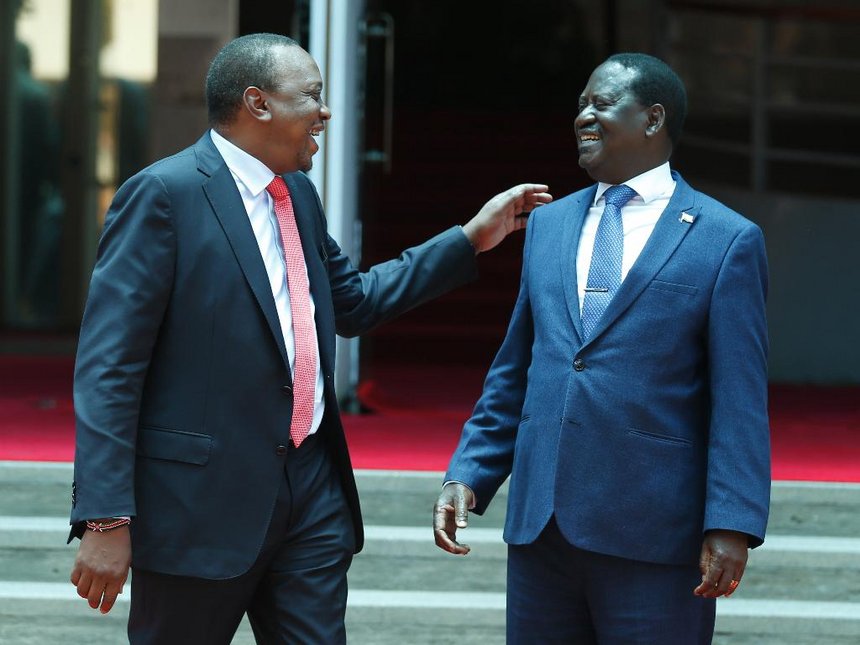 With less than two years to the next General Election, focus will soon shift to who the running mates of the various presidential candidates are.
In the old Constitution, the president chose the Vice President after elections. But in  the 2010 Constitution, largely borrowing from the US and South African models, the presidential candidates choose running mates, who become deputy presidents if they win.
This joint ticket requirement radically altered presidential contests in Kenya as one is forced to choose someone with whom to govern and without a freehand to sack them as was the case previously.
Presidential candidates are thus forced to adhere to a strict criterion that a running mate must meet before being unveiled as a choice once filed with the Independent Electoral and Boundaries Commission (IEBC) is irreversible.
This joint-ticket system for deputy president under the 2010 Constitution began during the March 4, 2013 election.
Uhuru Kenyatta of The National Alliance (TNA) had then  tapped then Higher Education Minister William Ruto of the United Republican Party (URP) as his running mate. The two now can hardly see eye to eye!
On the other hand, ODM’s Raila Odinga, then the Prime Minister, picked then Vice President Kalonzo Musyoka of the Wiper Democratic Movement-Kenya (WDM-K) as his running mate under the umbrella of the Coalition for Reforms and Democracy (Cord).
In 2017, the status quo obtained though this time round, Uhuru and Ruto contested on the ticket of the Jubilee Party after 12 coalition partners agreed to dissolve their formations. Raila and Kalonzo, on their part, shifted to the National Super Alliance (Nasa) that brought on board more partners such as Musalia Mudavadi’s Amani National Coalition, Moses Wetang’ula’s Ford Kenya and Isaac Ruto’s Chama cha Mashinani.
As the 2022 presidential contest approaches, analysts agree candidates will need to factor in various interests before settling on running mates with the Building Bridges Initiative (BBI) casting a shadow over any such plans in the near future.
A key strategist in Raila’s corner, who requested anonymity, told The Nairobian that though Raila is keen on a final stab at State House, he has not figured out his running mate yet “as formations are likely to keep shifting in the coming months as candidates expand their alliances. I think it would be premature to start talking about running mates. Even in the US, we recently saw Joe Biden, the Democratic Party candidate, unveil Kamala Harris as his running mate just under three months to the November 3 election,” said the former MP.
He added: “It is likely potential candidates will be floated and dropped as circumstances change especially depending how the BBI push to expand the national executive shapes up.”
Historian Prof Macharia Munene holds that the choice of running mate will boil down to a particular presidential candidate and their driving interests.
On his part, media consultant Alfred Ochieng says apart from name recognition, a running mate must be someone who has the ability to launch own presidential campaigns  based on financial resources and the number of votes they can muster.
“If you cannot, for instance, deliver one million votes, you are doomed,” he told The Nairobian, adding that some presidential candidates like governors Dr Alfred Mutua and Prof Kivutha Kibwana can at best be considered for Cabinet jobs.
Mutua, the only other candidate to have formally entered the presidential contest, has not unveiled his running mate, only stating he is open to forming a people-centred alliance.
“Even if the national executive is expanded, I don’t see them fitting in any of the proposed five slots. It is highly likely the running mate position will go to Mt Kenya region with the prime minister and deputy prime ministers’ slots being given to swing regions such as Western, Coast and Upper Eastern,” added Ochieng.
Ruto promised to nominate a woman as running mate but that could be a tall order given the number of formidable women allies in his corner.
Former Agriculture Cabinet Secretary Mwangi Kiunjuri and Tharaka Nithi Senator Prof Kindiki Kithure have been mentioned as potential running mates but if Ruto is serious on gender considerations, they are effectively out of the matrix.
On the Handshake side, those who are billed as potential successors of Uhuru as Mt Kenya kingpins and thus possible running mates, include Health Cabinet Secretary Mutahi Kagwe, his Agriculture CS Peter Munya, Meru Governor Kiraitu Murungi, former presidential candidate Peter Kenneth and Murang’a Governor Mwangi wa Iria.