Witeithie estate got its name from Jomo Kenyatta 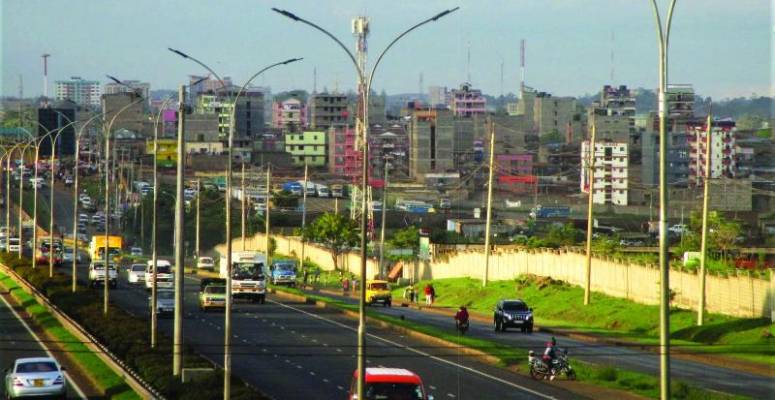 Some years back, Witeithie estate in Juja, Kiambu County, was feared.

The estate along Thika Superhighway was a haven for criminals who terrorised Nairobi, Kiambu, Murang’a and Machakos counties.

However, the dreaded name “Witeithie” (meaning help yourself) has a fascinating past. Initially, a group of women who acquired land after independence concocted the name. But before the name ebbed away, it came back with a dreadful version after crime struck the place.

“The name has an original history known only by a few people. But there is another version believed by many as the real story behind the name. The account became popular when insecurity was rampant,” area chief James Gitau told The Nairobian.

When the Jomo Kenyatta regime took over, he gave out that land, then owned by a white farmer, to the Nyakinyua Women Group. It was a group of dancers who entertained him.

According to Mzee Mark Ndung’u, the group members subdivided the land and each was allocated a plot and told: “Witeithie Gwaka Gwaku (Help yourself build a home).”

They formed Witeithie Gwaka Investment Company and in the early 1990s, structures started mushrooming on the land.

Crime crept in. Murders, house break-ins, carjackings and muggings became a common fixture here. Residents woke up to bodies floating in a swamp in the estate. Tussles in the land company led to murders.

All that changed a decade ago and now it is a densely populated neighbourhood with a 24-hour economy. “It is a name with an interesting background from two generations. Not many are conversant with the original story,” Chief Gitau said.

Matatu operators feared to stop there and when they dropped a passenger, they cautioned them: “Save yourself” (Witeithie).

“Even at daytime, non-residents were mugged. Crooks took cover behind a slope that was flattened when the highway was expanded. The estate went to sleep before 8:30pm” Martha Waithera, a resident, said.

New technology looking to shape healthcare
BLOGS
By Solomon Koko
3 minutes ago
Premium A random sex worker is safer than a side chick
BLOGS
By Diana Makokha
4 hours ago
Inside MP Mishra's Sh13 million campaign truck
Politics
By Evans Kipkura
14 hours ago
Cattle thief busted slaughtering a bull he stole
SCANDALS
By James Omoro
22 hours ago
Chinese man to face charges for robbing a friend's knife
NEWS
By Lilian Chepkoech
1 day ago
Campus students are drowning in alcohol
FEATURES
By Stephen Mburu
1 day ago
.