My friendship with top cop led to his sacking, John Kiriamiti reveals 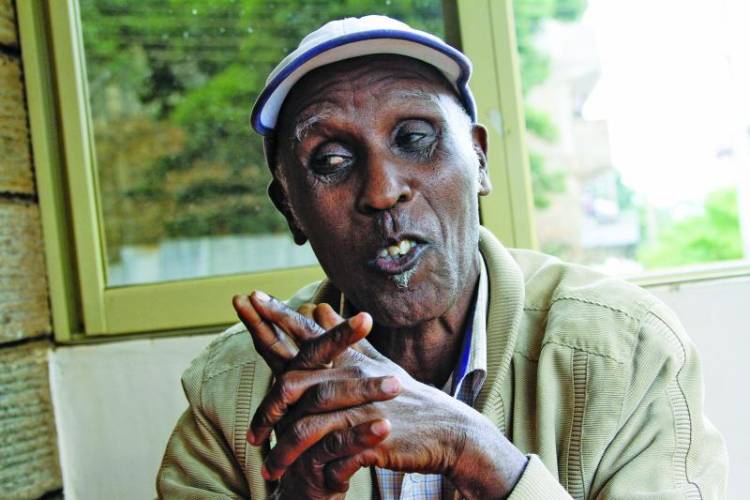 Former bank robber turned writer John Kiriamiti has recounted how his friendship with the then Commissioner of Police Ben Njinu led to his sacking in the 1980s.

His acts of robbery with violence are well expounded in his My life in crime  and other novels. But he rarely shares how he made the commissioner of police lose his job, something that pains him.

In a tell-all interview, Kiriamiti narrates that after leaving prison in 1984 and decided to mend his ways, a journalist who had covered his case connected him with Njinu and started giving the commissioner ‘intelligence’ on the security status of the city.

A year after quitting crime, Kiriamiti started ‘missing his crime’ activities and borrowed a gun from a Kenya Army officer, John Ochieng Kabasele, later benga star, whom he met at Ichannel house on River Road but never disclosed the matter to the commissioner of police.

Kiriamiti could later inform the commissioner of police about Mwakenya affairs, and he would then tip Special Branch officers. Njinu even named Kiriamiti as the source of information.

“What Njinu did not know was that the Special Branch sleuths had got wind of information that I had borrowed a machine gun from Ochieng and after mentioning my name, he became a person of interest to them,” the writer noted.

Njinu even ordered for Kiriamiti’s release unconditionally but a year later, Njinu was fired prompting Kiriamiti to be arrested for the second time.

“I served in jail for three years thanks to Kangema MP Muturi Kigano who defended me and secured my release in 1990. I was paid Sh1.7 million that I used to buy a car,” he said.

He held vengeance and wanted to return back to crime and mobilised guns which he hid in his rental house in Pangani where he used to pay Sh1,200. But thanks to his wife, who was a former nun, she intervened and ensured he never went back to crime by informing his family about the guns.

“She discovered guns in my room and informed my brother and sisters. She changed me. Later, we decided to settle in Kiriaini and start a new life,” the novelist said.

At Kiriaini, he started guiding and counseling sessions to various groups who included high school students and street urchins and takes pride with eradicating the street children in Muranga town.

He says he has no regrets for his past criminal activities since he did not injure leave alone kill a human being.

“In my first ever major mission in stealing, I was tasked to go and snatch a bag containing money from a Briton. He was to use the money to pay his casual laborers at a flower farm. I only had a machete and I was afraid. We had to wait until he got out of the bank and I was told to act. I managed to rob him. My colleagues fired in the air and that is how we managed to escape,” he said.

It was then that he challenged his gangsters to change strategy and they started stealing from the bank which he did not mention saying there are some active files which have not been closed and mentioning such banks could expose him to the authorities.

Kiriamiti who was fondly referred to as ‘Toto’ by his colleagues due to his tender age and short stature had a good working relationship with Kinyanjui Sare Sare, Mbari ya Karuchi, Kinyanjui Ruruku and George who worked as teammates.

He reveals the highest amount of money that he ever stole was Sh90,000. Sadly, he never invested the money.

Some of his accomplices invested the proceeds and when they exited jail, they built storey buildings in Nairobi while others retreated to villages where they are now pastors and others farmers.

“They live a quiet life and they do not want their past to be known, I chose otherwise since I wanted to change lives of our youth who end up being radicalized in our jails,” he said.

Morning Express Discussion: Ghetto Radio presenter King Kafu speaks on his past as a criminal

Morning Express Discussion: Ghetto Radio presenter King Kafu speaks on his past as a criminal

For almost one year, the two partied in popular joints in Njoro and Nakuru as Sivo, 28, showered Nyambura with love.

I lost six kilos campaigning for Uhuru and Ruto - Nyutu

I noticed that there was no space for women in those leadership movements and that’s why I came up with Warembo na UhuruRuto.

By Ted Malanda | 3 minutes ago