Sex is not a public service. It is a woman’s prerogative to choose who she wants to sleep with 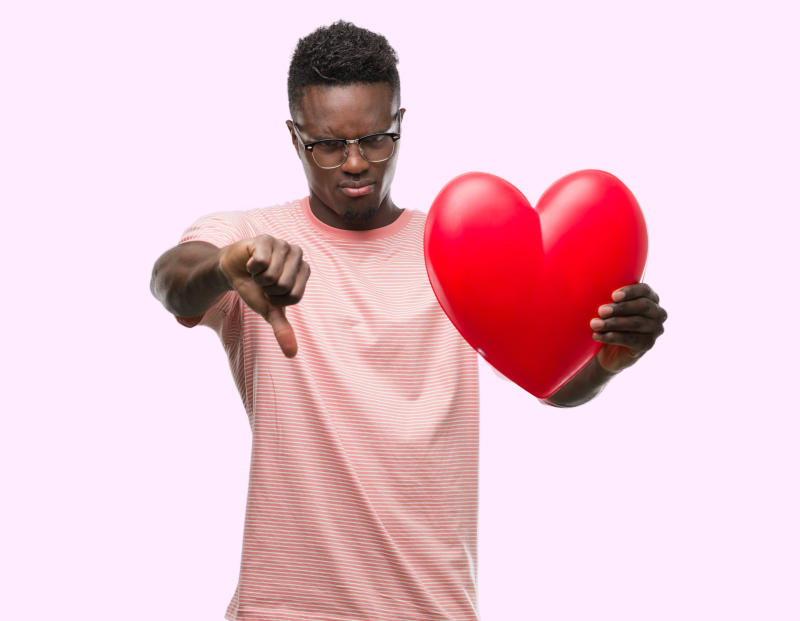 Embittered misogynists have been crawling out of the woodwork to gripe on Twitter about how they can’t get their schlongs wet because Nairobi women have standards. This was after being emboldened by a female proponent of anti-feminism in Kenya.

This militant anti-feminist woman has been causing ripples on social media for some time now due to her ridiculous views about women. You may have seen her tirades floating around on social media.

She likes to throw around words like pussy-preneurs and hoes. Internalised misogyny at it’s best! I could go on and on about how female misogynists are a scourge but that is a topic for another day. Today I want to focus on these men with blue balls.  Specifically, the correlation between misogyny and blue balls.

When I was in my late teens, my female cousin and I went out clubbing. At around 4am, just when we were thinking about calling it a night, a short, fat, balding, socially-awkward guy decided to try and get chummy with us.

We politely dismissed him and took that as our cue to leave. He caught up with us outside as we waited for a taxi and in no uncertain terms, asked if one of us could accompany him back to his apartment for some nookie. Our answer was a resounding no in unison. That is when things went from 0 to 100 real quick.

He fired off a string of expletives. I swear to God he lashed out at us with every derogatory sexist slur in the book. I remember him saying we were nothing but sluts. The irony of it was completely lost on him. The insults got even more crude when he said, and I quote, ‘Mnaringa na vitu za kukojoa’. We were stunned! We never expected that kind of reaction. What kind of person even talks like that? It is so cringey! Furthermore, we had known this man for all of two minutes! The audacity! Thankfully, our taxi pulled up and we hightailed out of there.

He was still screaming obscenities at us as we drove off. Fast forward two years ago and I happened upon an article about incels and suddenly, that strange and frightening episode started to make sense.

So, who is an incel? The word incel is short for ‘involuntary celibate’. Incels are misogynistic men who can’t get laid because of their unfortunate physical appearance or because they are socially inept and therefore unable to seduce a woman. Incels believe that they are entitled to sex and that women are required to give it to them. Incels resent all women because they believe women are to blame for their sexlessness. Inceldom is an online subculture where incels come together to bash the fairer sex.

Incels hate women because they believe women are superficial, cruel creatures who choose to have sex with men they find desirable only, whether it is because these men are physically attractive, charming, well-endowed or well-to-do men.

Can we just take a minute to process the absurdity of this belief? You would think that sex is some sort of a public service that should be distributed equally among all men equally without discrimination! As the ramblings of the contemptible anti-feminist started to gain traction on social media, men came out to egg her on in her campaign against ‘pussy-preneurs’ and ‘hoes’.

They also bemoaned being unable to get a date because women are shallow, materialistic leeches who can’t give them their time of day. They especially hate stereotypically beautiful women that they know they have a snowball’s chance in hell of ever bedding.

The creep at the club was displaying textbook incel behaviour. For starters it is clear from his physical appearance and social awkwardness that he doesn’t have much luck with the ladies. Then his epic outburst after we turned him down confirms what he thinks of women.

He was upset that we were not being the agreeable, meek little sex toys that women are supposed to be. How dare we deny him his right of sex? How dare we tease and taunt him by walking around with female genitalia attached to us and not give him access to it? So cruel! I have a hole and he has a right to poke it! I know that the conversation about misogyny that sparked the whole thing mostly revolved around money but the premise is the same.

Sex is not a public service. It is a woman’s prerogative to choose who she wants to sleep with. If you are not getting any because you are a broke ass living in a bedsitter, tough luck. You need to either start falling in love with your right hand or get your head out of your ass and work on yourself and your esteem so you can become the type of man women would want to sleep with.

Kenyan men have deep-seated resentment for women who date foreigners; automatically assuming that a Kenyan woman dating a mzungu is only for the money