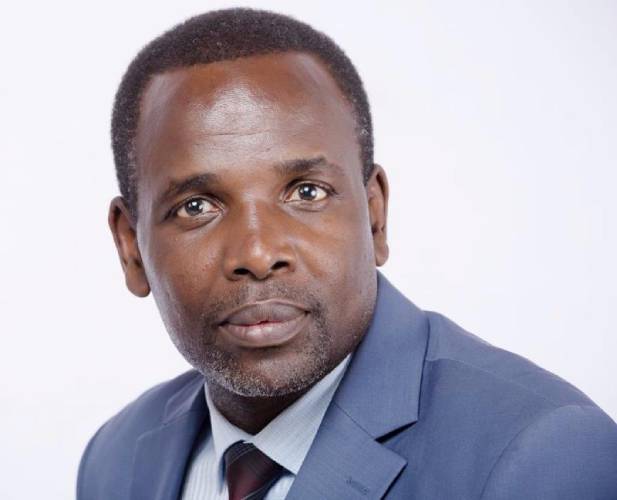 Edward Mwasi spoke to MIKE KIHAKI about the old days and producing books on the Kenyatta, Moi and Uhuru Cabinets and why Moi's funeral programme was his biggest challenge.

You were chief graphic designer of a leading media house. How was the newsroom like when you joined?
I joined the media in 1994 when technology in newspaper packaging was quite basic, with most of the work done on the manual platform then referred to as page paste-up. The production room was like a workshop smelling of candle wax which was used as glue in the assembly of the text gallies onto a paste-up sheet. Coming from an advertising agency where software utilisation was a little more advanced, it really puzzled me, at first!

Which journalists of that era made the greatest impression on you?
At that time, we had big names like Kwendo Opanga, Tom Mshindi, Mutegi Njau, Catherine Gicheru, Wahome Mutahi and Philip Ochieng, to name but a few. They were big and popular across the region.

What is the biggest story(s) you ever illustrated?
The Atur Margarian brothers, Anglo-Leasing: the Truth, a serialisation of Kamuzu Banda, The Airforce Story, Pope John Paul page on his burial day, to name but a few.

How did you transit from graphic designer to Chief Executive Officer?
As Chief Graphic Designer at Nation Media Group, I had reached the highest position on the organisation’s graphics department, so I joined Kenya Yearbook as a Production Manager where my role was to oversee production processes from Designers, Writers, Editors, Photographers, other publishing consultants, and then to the Printers. I was also in charge of the quality of the publications. This also involved design and concepts development presented to the Board. So when the term of the sitting CEO came to an end, I was appointed to act in the position considering that I had the right qualification and experience. I was later confirmed to the position by the Cabinet Secretary with the recommendation of the board.

What is the role of the Kenya Yearbook?
We research, compile, publish and disseminate information on Kenya’s Social, Economic and Political Spheres.

So far, you have documented the Kenyatta, Moi, and Uhuru Cabinets. Why is this important?
These are presidents’ cabinets that profile the stories of the great men and women who served under the presidents, a presentation of how they worked for the nation.

Are these books available for sale?
Kenya Yearbook Editorial Board publications are not primarily for sale. Our books are mostly distributed to institutions and to places where there is traffic. They are all online for the general public to read at no cost. However, in some cases, we are forced to sell a few through the local bookshops. The Cabinets series are available at Sh6,000, a cost that is strategic to manage the numbers as it also a recovery of the costs of publishing.

What’s the future of your outfit in the wake of a diminishing book reading culture?
There is so much excitement created about social media’s speed of passing on information. But, this does not mean that all publications will die someday. One fact that will always stand is the CREDIBILITY of the content we read online and whether the sources they come from are credible too. The published word is irreplaceable and its authority is indefatigable.

What are Kenya Yearbook Editorial Board’s accomplishments since inception?
The institution has continuously produced its flagship, The Kenya Yearbook, and other publications under the sector-specific yearbooks, biography series, indigenous knowledge series, Education series, and Presidents’ Cabinets Biographies.
It has also gone into partnerships with other institutions in customised publishing, for example, the Central Bank of Kenya, Athi Water Services Board, Konza Metropolis, Permanent Presidential Music Commission, Salary and Remuneration Commission, Government Advertising Agency, Brand Kenya Board,  to name but a few. All these are aimed at sharing resources and streamlining communication in government through a refined house-style.

What else do you do?
Other than the flagship that comes out annually, KYEB has produced a regular newspaper pullout, MyGov Weekly, for the last two years to inform citizens and the international community of government achievements and opportunities for development on a weekly basis.

Your proudest achievement at Kenya Yearbook?
Rallying my team to turn the financial fortunes of the institution. Currently, we are capable of supporting 50 per cent of its budget through partnerships and collaboration as opposed to when we were fully funded by government. This and, of course, producing a Special Souvenir/Programme booklet on the late retired President Daniel Arap Moi  in record time that was circulated all over the world through the digital platforms, reaching millions of people.

You were tasked with preparing the late President Moi’s funeral programme. How was it like?
This is one assignment that my institution had to turn-around in the shortest time possible. We considered this publication as part of history to be entrusted to carry out this role. I was advantaged to have worked on the Moi @ 90 book so I did not require major briefing on how the funeral programme was going to look like. It was, however an adrenalin rush assignment typical of a publishing house.

As a veteran newsroom man, what is your advice for young journos getting into the game?
The newsroom and publishing at large require commitment and passion. If they do this, their work will open doors for them.

Your views on fake news?
With the infection of the online media with fake content, today, we are torn between believing what we read online on whether it’s credible or simply a creation to push other agendas. This does not mean that all the content online is not accurate.

The Newsroom: Tutor accused of preying on students

I have never done this before. I am begging the government to forgive me

Though some women prefer C-Section for fear of labour pains, Pirra advises women without health complications to opt for normal delivery.