Want to improve your soil? Plant cover crops. A cover crop is grown primarily for the benefit of the soil rather than the crop yield. Cover crops are an important part of sustainable agriculture. They add fertility to the soil without chemical fertilisers via biological nitrogen fixation.

Once a cover crop is fully grown, or the farmer wants to plant in an area that has a cover crop, the conventional technique is to mow it down and allow it to dry. After it is dry, the remaining organic matter is tilled into the soil. Alternatively, some progressive farmers in drought-prone areas favour a no-till method, in which the residue from the cover crop is left on the soil as a mulch layer.

Because each root of the cover crop creates pores in the soil, cover crops help allow water to filter deep into the ground. As a result, a cover crop can help conserve water and prevent soil erosion. They help to break disease cycles by reducing the amount of bacterial and fungal diseases in the soil. If you have a soil that is infested, you can plant a cover crop in that area as a means to eradicate the disease.

Cover crops also known as living mulches, provide nutrients to the soil like manure does.  Mulch is a layer of organic material, such as crop residue, that is left on the surface of the soil to prevent water runoff and protect the soil from the damaging effects of heavy rainfall.

Grasses. They are great cover crops as they grow fast and leave easily managed residues. Their fibrous threadlike root systems are strong and protect soil from erosion. They accumulate soil nitrogen from the symbiosis with Azospirillum, yet do not possess the property to fix atmospheric nitrogen. They can produce large amounts of residue and, therefore, can help add organic matter to the soil. They also can help suppress weed growth.

Legumes are great cover crops because of their ability to fix nitrogen from the atmosphere and add it to the soil. Their vigorous taproot system aids in tacking undesired undersurface compaction when plants grow big. Also, the bigger the plant is, the more nitrogen it can fix. Examples of legumes are crimson and white clover, cowpeas, alfalfa, velvet beans and soybeans. If you grow a legume as a cover crop, don’t forget to inoculate seeds with the correct nitrogen fixing bacteria.

A problem common to all the grasses is that if you grow the crop to maturity for the maximum amount of residue, you reduce the amount of available nitrogen for the next crop. This is because of the high carbon: nitrogen ratio, or low percentage of nitrogen, in grasses near maturity. The problem can be avoided by killing the grass early or by adding extra nitrogen in form of fertiliser or manure. 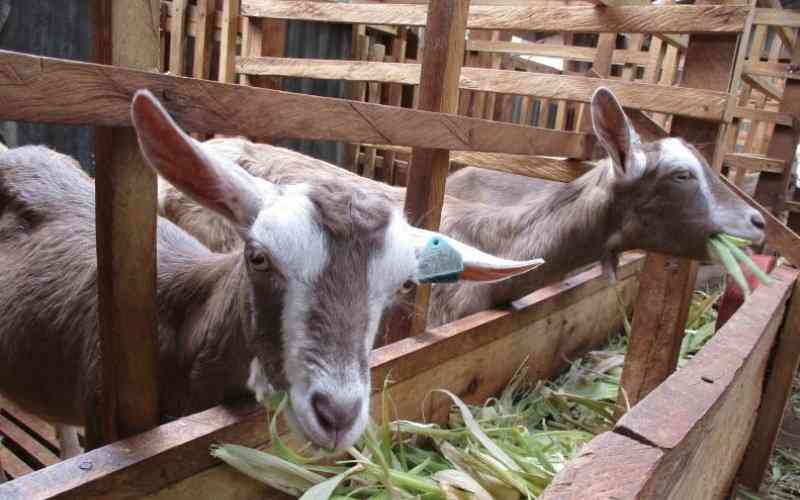 Thinking of a low investment livestock business? Try goats
If you are interested in making money from livestock, keeping goats would be a good place to start.
Livestock
By Benard Lusigi
Oct. 18, 2022

How technology can boost dairy farming Smart agriculture
The technology comes at a cost but it has handsome returns on investment.
Technology
By Benard Lusigi
Jan. 27, 2023
.