Profitable dairy farming beginner's guide: What you need to know

Kenya boasts of one of the largest dairy sub-sectors in Africa and is one of the most rapidly growing. This is in terms of robust dairy breeds, productivity, mechanisation and processing of dairy products. Kenya produces about 5.2 billion litres of milk annually from approximately 3.5 million dairy animals with 80 per cent of milk being produced by small-scale farmers who own up to three animals per farm.

Farmers keep dairy animals as a source of critical cash flows, for protein sources and to be sold in times of distress to solve emergencies. Then there is a group of Kenyans who practise dairy farming as a hobby and status symbol. They are ready to invest money into such ventures and do not want to know what outputs come from such ventures.

Dairy farming can be practiced as an intensive form of farming which is also known as zero grazing – something we have practised as human during this Covid-19 pandemic.

In this case, animals are confined to a small place and are fed there and do not leave for any reason. On the other extreme is open range dairy farming where animals roam on vast parcels of land foraging and feeding. The third is a blend of the two where animals are confined but are set free at various times to feed. The choice of farming type depends on land size, number of animals and availability of feed. Generally, intensively produced cows produce more milk due to intensive feeding.

Whichever farming system a farmer chooses, it has to be profitable and self-sustaining in order to make business sense. In order to start a profitable venture, a farmer needs to understand the basics. Breed selection is a starting point. This is determined by the farm location and feed availability.

To keep a high yielding adult Friesian, the animal has to feed on between 70 and 100 kilos of feed daily to produce 40 to 60 litres of milk per day which is the pure Friesian breed standard in the right environment. This breed is confined to cooler high potential areas. Friesians have a low disease resistance trait.

Guernseys and Ayrshires are almost similar in traits and feed on over 50 kilos of feed daily to produce 30 to 40 litres of milk per day. They are meant for areas with medium potential; the areas between low lands and the highlands. They can however survive in both areas well. They have moderate disease resistance traits. For the low potential hot areas, the jersey is the breed of choice. It is a much smaller breed that can produce up to 22 litres of milk per day on less than 50 kilos of feed. This is the breed of animal to keep in harsh environments due to its hardy nature. If your dream is to produce butter and ghee, the jersey is your friend with a butter fat content of 5.3 per cent in their milk.

In Kenya, cross breeding of dairy animals has been promoted using artificial insemination (AI) and therefore leading to loss of pure breeds and local breeds have been improved through AI to dairy breeds. These are hardy and well adopted to our environment but with minimal production.

Having selected a good breed, the foundation of every farm is a healthy calf. The healthy calf is the milker of tomorrow and thus should be raised in the right way. Good management reduces calf deaths as well as improved development into heifers and early start of production. At birth, ensure the calf is breathing by cleaning the nose of mucus to aid in breathing, if this fails, hold the calf with the hind limbs and swing while upside down severally to ensure the calf clears the airway. Thereafter, clean and disinfect the navel with iodine solution and help the calf suckle. The first 24 hours of suckling is most important as the colostrum of the dam has protection for the calf against diseases in the form of antibodies. This colostrum is only effective if taken within 24 hours when the antibodies can pass through the stomach walls.

To achieve more production, separate the calf from mother after 24 hours or one week after birth, at worst. Thereafter, practise bottle feeding the calf after milking. A dairy calf should gain 0.4 – 0.5 grammes per day. Generally, stoppage of milk feeding or weaning is done at 90 days or approximately 80 kilos. For the first 4 days of life, feed colostrum. For the next 20 - 30 days, feed exclusively on milk. Then the calf can be introduced to other feeds like calf pellets and hay and weaned. A well-fed calf should consume up to 350 litres of milk before weaning, starting from a maximum 6 litres per day to 2 litres at weaning.

When the dam dies

Due to unavoidable circumstances, a dam may die during calving rendering the calf an orphan. When this happens in big farms where animals calve almost at the same time, foster the calf with another dam or feed it milk from another dam. In large farms also, colostrum can be produced in excess and this can be frozen for use by other calves. This colostrum has to me thawed gradually under low temperatures so as not to affect the critical components which are required by the calf. Colostrum is important as it helps the calf’s body fight infections and is also nutrient rich.

In the unfortunate event that a calf lacks a foster mother or frozen colostrum, a farmer can make artificial colostrum for the calf to survive on. This does not supply antibodies but is nutritionally balanced.

The composition includes: one egg (protein source), half litre fresh warm water (hydration), half litre whole milk (energy and protein), one tea spoon castor oil/vegetable oil (energy), and one tea spoon of cod liver oil (energy). If such a calf is housed properly in a clean pen, usually 2m2 per calf, weaning can be done gradually at week 12 or when they double their birth weight. To maximise returns, some farmers wean at 6-8 weeks and this is known as early weaning.

After weaning and proper feeding, a female calf becomes a heifer that can be selected and bred as the next milker. For an animal to come on first heat, this is a factor of the size of the animals than the age. This is why proper feeding is important. Underfeeding heifers results in small heifers that have difficulty in calving while overfeeding leads to fat deposition in the udder thus low production. The optimal time for udder development is three to nine months. During this period, do not feed heifers high grain diets. A heifer that calves at 24 months is usually a better producer its entire life. A heifer gets to puberty at 40 per cent of its adult weight but should be bred at 60 per cent the adult weight – usually around 14 to 16 months old. Pregnant animal should be steamed three months prior to calving.

Feeding a dairy cow too little feed leads to a thin animal that cannot produce milk well, resist diseases and come on heat and conceive. On the other hand, feeding too much is wasteful. Lack of essential minerals like calcium is also not desirable as it leads to conditions like milk fever while inadequate phosphorus leads to lack of heat or silent heat.

A dairy animal requires bulk feeds which makes 30 – 70 per cent of the diet. What is included in this depends on the body requirements and production. The animals can also be supplemented with grain diets (dairy meal) and high protein diets like Lucerne, potato vines among others. There are 17 minerals and three vitamins that must be in a dairy animals feed to have a healthy animal. These are usually bought as mineral and vitamin supplements which can be liquid or in powder forms. To ensure good productivity, clean water must always be available to animals throughout the day.

A heifer should first be bred between 14 and 16 months so as to calve at 24 months. An animal which has calved down has to be served and confirmed in calf within 90 days after calving. This will ensure that each animal calves once annually and that heifers are not too old at first calving. This can only be made possible by efficient heat detection which makes it possible to serve the animal at the right time. Heat is repeated every 21 days but may vary from 18 – 24 days. When an animal comes on heat, it lasts 24 to 48 hours. The egg is released from 12 hours of heat and this is the optimal conception time.

This is the reason AM/PM rule applies to insemination. An animal seen on heat in the morning is served in the afternoon while that seen in the afternoon is served the next morning. An animal that does not return to heat after 21 days, but does after 42 days is highly likely to have conceived but lost the pregnancy early and therefore needs to be investigated before service.

To ensure success the following have to be proper – heat detection, semen handling, insemination technique, nutritional status of the animal, health of animal and records of the animal. Whenever any of this is not right, conception will be every farmer’s dreams. 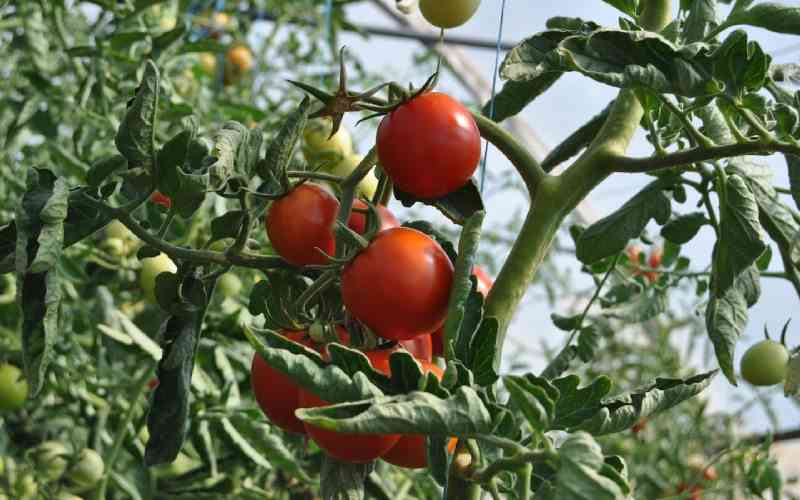 7 common mistakes tomato farmers make
Are you growing in an open field or greenhouse? Each environment has unique requirements
Crop
By Edward Kosut
Sep. 01, 2022

How technology can boost dairy farming Smart agriculture
The technology comes at a cost but it has handsome returns on investment.
Technology
By Edward Kosut
Jan. 27, 2023
.