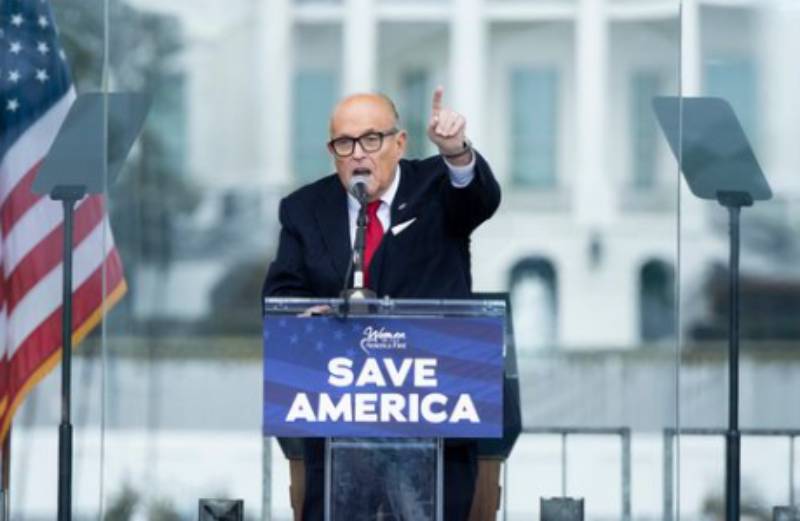 US President Donald Trump has instructed his aides not to pay his personal lawyer Rudy Giuliani (pictured) his legal fees, the CNN has reported.

The reports indicate Trump, who was impeached by the House of Representatives on Wednesday, making him the first US president to be impeached twice, is feeling isolated and frustrated during his last days in office.

The House of Representatives yesterday accused him of inciting an insurrection as lawmakers sought to certify President-elect Joe Biden’s victory in the November 3 election. The insurrection left five people dead, including a Capitol Police officer.

The attorney, Mr. Giuliani has played a key role in Trump’s attempts to overturn the results of November’s presidential election through the courts. Trump, without any substantive evidence, claims the election was rigged.

According to CNN, Giuliani is still expected to play a role in Trump's impeachment defense but has been left out of most conversations so far.

Trump's campaign senior adviser Jason Miller did not deny the reports but however said Trump had acknowledged Giuliani as a great guy and a patriot.

"Just spoke with President Trump, and he told me that @RudyGiuliani is a great guy and a Patriot who devoted his services to the country! We all love America's Mayor!" Miller wrote on his Twitter handle.

It is not yet clear if Trump was serious about his instructions to his aides over the legal fees.