Four Indian men convicted of the gang rape and murder of a student in Delhi in 2012 have been hanged, the BBC has said.

The four were sentenced to death by a trial court in 2013.

On Friday, they were hanged in Tihar prison in India's first execution since 2015.

The girl was a 23-year-old student who succumbed to her injuries days after being raped by six men in a moving bus.

She was named Nirbhaya, not her real name, to mean the fearless one.

The six who attacked her were arrested, but Ram Singh is said to have killed himself in March 2013.

The other was 17-year-old at the time of the incident, and served three years in a juvenile reform facility.

In India that is the maximum term possible for a juvenile.

The remaining four tried unsuccessfully to appeal the sentence.

According to the BBC, minutes after the convicts were hanged on Friday morning, Nirbhaya's mother said, "I hugged my daughter's photograph and told her we finally got justice."

Her father said his "faith in the judiciary had been restored".

In a tweet on Friday morning, Prime Minister Narendra Modi said "justice has prevailed", adding that India has to "build a nation where the focus is on women's empowerment". 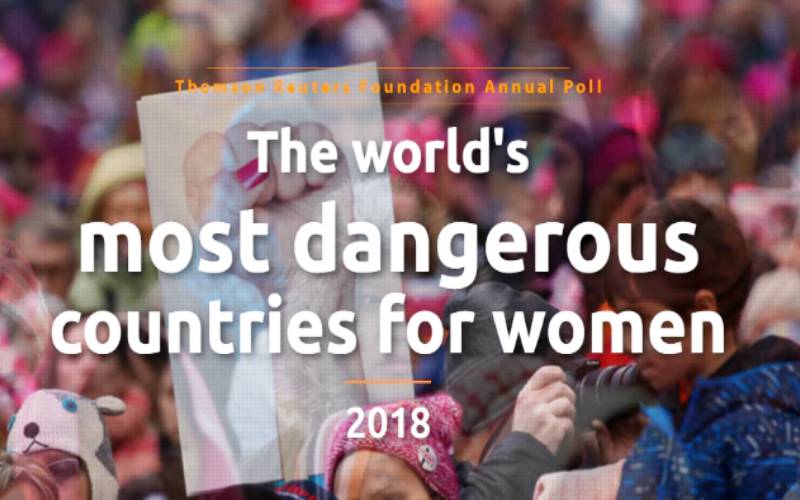 Data from the National Crime Records Bureau show police registered 33,977 cases of rape in 2018 - that's an average of 93 cases a day.

On the fateful day, the student in the company of a male friend was attacked on December 16.

Other than being raped by the six men, she was assaulted with an iron rod.

Nirbyaha and her friend were then dumped by the road and rescued by passers-by who called the police.

She was first admitted in Delhi but was transferred to Singapore for specialised treatment, but she died.

On June 26, 2018, India was ranked the world’s most dangerous country for women due to the high risk of sexual violence and being forced into slave labor according to a poll of global experts.

Experts said India moving to the top of poll showed not enough was being done to tackle the danger women faced, more than five years after the rape and murder of a student on a bus in Delhi made violence against women a national priority.

Government data shows reported cases of crime against women rose by 83 percent between 2007 and 2016, when there were four cases of rape reported every hour. 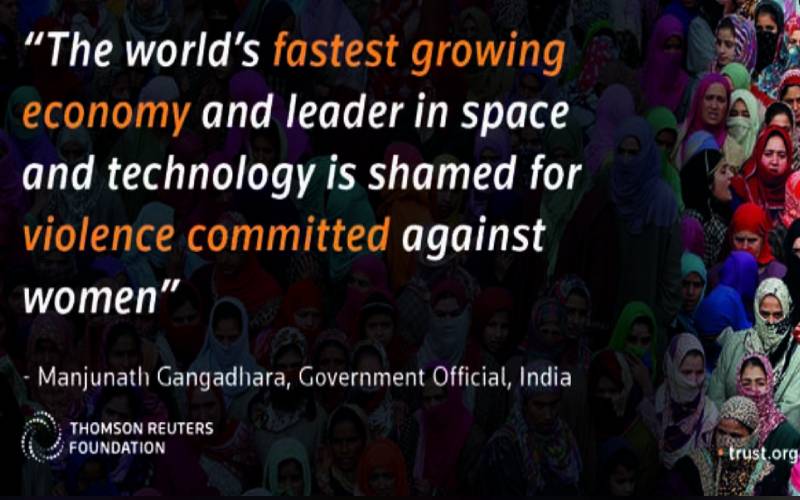 India, Libya and Myanmar were considered the world’s most dangerous nations for women exploited by human traffickers in a global crime worth an estimated $150 billion a year.

The poll of 548 people was conducted online, by phone and in person between March 26 and May 4 with an even spread across Europe, Africa, the Americas, South East Asia, South Asia and the Pacific.

However, the report published by Reuters was questioned.

The September 17, 2018 article questioned if it was  right for Thomson Reuters Foundation to rank the nations on the basis of perceptions of experts without disclosing their names and without using government data.

It disagreed with Thomson Reuters Foundation's claims that India is worst in sexual violence against women ranking behind Congo, Syria and the US.
The United Nations report 'The World's Women 2015' portrays a different picture.
India Today's verdict was that when compared to the studies and reports of other international organisations, Thomson Reuters Foundation's ranking of India as the worst country in the world for women "does not look convincing".

How to know whether the sanitiser you are using is fake

Following the announcement of the first case of Coronavirus in the country last week, manufacturers of the now in-demand hand sanitisers knew they would make a