Netflix in trouble for depicting Jesus as ‘gay’ in a comedy film. 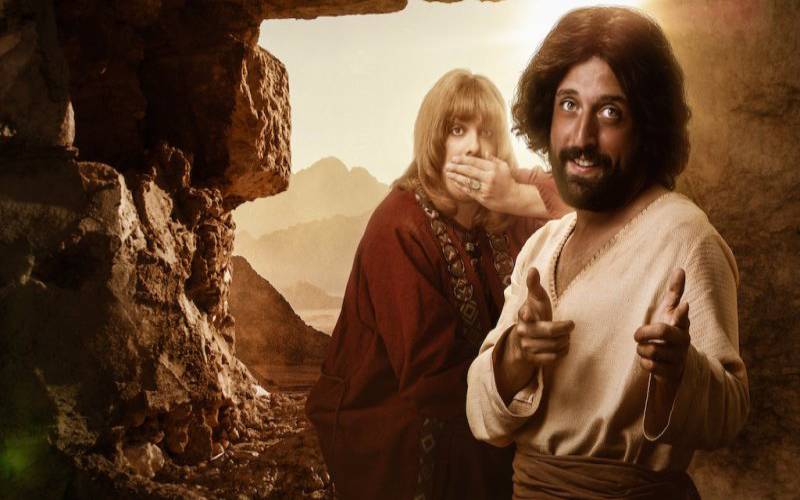 Over 1 million people have signed a petition seeking Netflix to remove a 46-minute comedy film that allegedly depicts Jesus as gay.  The Netflix film titled The First Temptation of Christ has sparked online fury for its satire that paints Jesus as a homosexual. The controversial film was produced by a Brazilian-based YouTube comedy group known as Porta dos Fundos (which means Back Door) and premiered on December 3.

In the film, Jesus is seen bringing his ‘gay boyfriend’ named Orlando home to meet his parents, Mary and Joseph at his 30th birthday party. Jesus attempts to downplay his relationship with Orlando, who constantly hints that they’re more than just friends. According to readysteadycut.com that reviews movies and films, “The setup is that Jesus (Gregório Duvivier) attends his 30th birthday surprise party with his boyfriend Orlando (played by Fábio Porchat). The party, thrown by José (played by Rafael Portugal) and Maria (Evelyn Castro), has a number of high-profile biblical guests, including God (played by Antonio Tabet), which prompts plenty of debate about parental rights and responsibilities as Christ grapples not just with his parentage but with his own spiritual journey.” Netizens have since condemned Netflix for streaming the movie saying that it offends Jesus and Christians.  Most expressed their disgust on social media especially on Twitter under the hashtag #BoycottNetflix.

Jesus isn’t some “woke” culture experiment for you to convince young people that biblical teachings are “debatable”?!

Jesus is the SON OF GOD and died for our sins!

Some posted screenshots showing that they have cancelled their membership with the American streaming service.

Delete Netflix app on your system..unfollow them if you are a true Christian..The movie 'gay jesus' is an insult to christianity and abuse to our sensibilities..we stand to condemn it and all it stands for...Mad people...

A gay Jesus was the last straw, I’m done with @Netflix. Cancel your membership today. pic.twitter.com/vUwDvjNotq

Netflix is yet to issue a statement on the matter. Porta dos Fundos, however, remained unbowed by the criticism insinuating that whatever their film is depicting is the creation of God. In response to the criticism, the group posted;

The post  translates to: “While the petition is rolling against us, we celebrate the success of yet another creation of God: our Christmas Special. “The First Temptation of Christ" remains ever more powerful “Porta dos Fundos values artistic freedom and humor through satire on the most diverse cultural themes of our society and believes that freedom of expression is an essential construction for a democratic country,” the group said in a statement as reported by Fox News. This is the second religious satire film released by the Brazilian group. Last December, they released “The Last Hangover,” which blends Christ’s Last Supper with his disciples into a night of drunken debauchery where Jesus disappears. The movie was widely criticised for offending Jesus but the group won the prestigious International Emmy Award 2019 for their work.