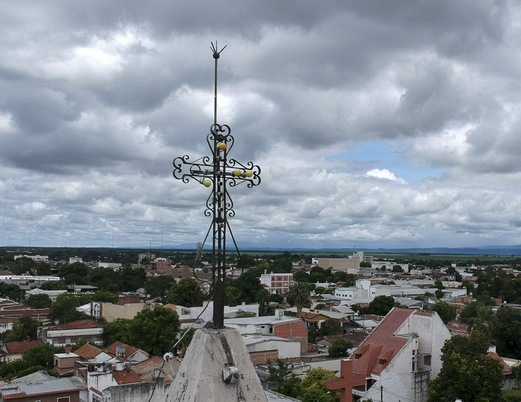 An Argentine criminal prosecutor has requested the arrest of a Catholic bishop after officials said he ignored repeated calls and emails about an investigation of sex abuse allegations against him.

The prosecutor in charge of gender violence and sex crimes for Oran, in the northern province of Salta, called for the arrest of Gustavo Zanchetta. The official request would need to be made by an Argentine judge, a spokeswoman for the prosecutor’s office said on Thursday.

Zanchetta, the former bishop of Oran, told Argentine officials that he lived in Vatican City, where he previously held a position in a top financial department, but could not be reached, according to a spokeswoman for the prosecutor’s office.

“He does not answer the phone or the email that he himself gave to be notified,” the spokeswoman told Reuters.

In 2018, three priests made accusations of sexual abuse by Zanchetta to the Vatican’s ambassador in Buenos Aires. Other allegations against him included abuse of power and mismanagement of finances, which they said took place within St. John XXIII seminary, which Zanchetta founded in Oran in 2016.

A Vatican spokesman previously said there were no allegations of sexual abuse against Zanchetta when he took a position in December 2017 in the Vatican department known as APSA, a general accounting and human resources office that also manages the Vatican’s real estate holdings in Italy.

He is no longer working for APSA.

There have been allegations of sexual abuse against at least 100 clerics in Argentina, according to BishopAccountability.org, an abuse tracking group.

Pope Francis, the first Latin American pontiff and the former archbishop of Buenos Aires, has struggled to repair the Church’s image amid damning allegations of sexual abuse by religious officials across the world, including in the United States and Australia.

In neighboring Chile, the Church was engulfed by scandal after a visit by the pope last year that brought to the surface a string of abuse allegations now being investigated by criminal prosecutors.

The two brands were among five others which were declared unfit for human consumption due to high levels of aflatoxin.