Brexit scenarios: the paths ahead 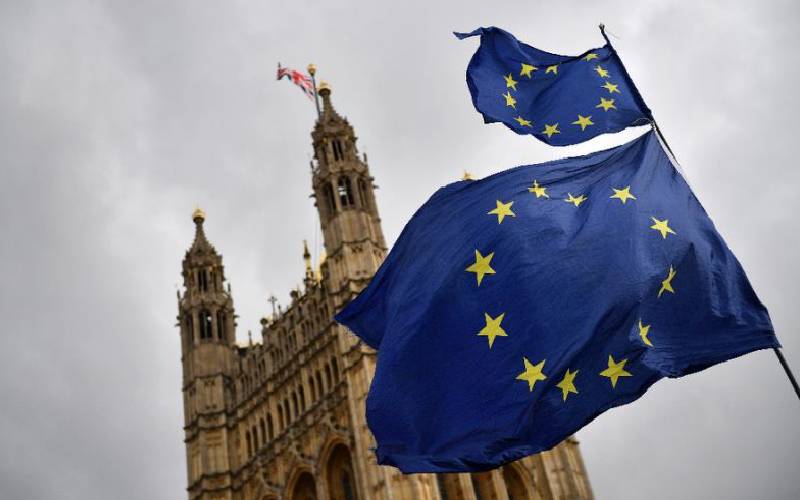 British Prime Minister Theresa May announced her resignation on Friday with the Brexit process in total disarray.

A vote by MPs on her Brexit deal -- already rejected three times by MPs -- has been postponed, many believe indefinitely.

Meanwhile some of the contenders to replace her have talked up the prospect of a no-deal Brexit.

Brexit with a deal

May's unpopular Brexit deal negotiated with Brussels could come to an end with her departure as it is seen by hardliners as offering too many concessions.

The government had planned to pass legislation to implement the deal before parliament goes into summer recess on July 20.

A first vote on the bill had been scheduled for the first week of June but on Thursday the government said it would be delayed.

As part of that legislation, the government was promising MPs a vote on whether or not to hold a second referendum.

It is now unclear what will happen to the legislation but it seems likely that any new leader will seek a renegotiation.

Another delay to Brexit

EU leaders have set the deadline for Brexit on October 31 but have given indications they could accept a further postponement on top of two previous delays.

Brexit was originally supposed to happen last March 29 following a negotiation period after Britain voted by 52 per cent in favour of leaving the EU in 2016.

Whether or not EU leaders are open to the idea of more delay could become clear during a Brexit discussion at an EU summit in Brussels on June 20-21.

If there is no further delay, Britain would have to leave the European Union on October 31 with no overall agreement.

This is the scenario advocated by Nigel Farage's Brexit Party and by Conservative hardliners.

But finance minister Philip Hammond is firmly opposed and has warned of his concern over the "significant" short and long-term effects of a no-deal Brexit.

Economists say a no-deal Brexit could generate economic shockwaves on both sides of the Channel, causing severe delays at border points and added costs for business.

Britain has the unilateral right to stop Brexit at any moment by revoking Article 50 -- the formal procedure for member states that want to leave the EU.

But, three years after the vote to quit the EU, stopping Brexit is seen as a political impossibility.

The only exception would be if a second referendum were held and the result were to stay in the EU -- a scenario that europhiles in Britain and the continent support.

But the Conservatives are opposed to a second referendum and the main opposition Labour Party has stayed deliberately vague on the idea, eager not to alienate Brexit-supporting voters in its traditional heartlands.