Is Brexit good or bad for women? It's divisive to even ask 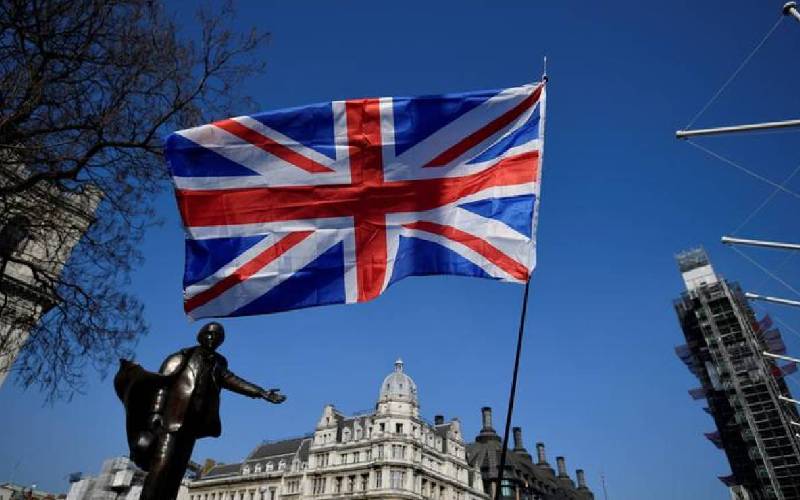 From job losses to squeezed family budgets and reduced legal protections, Brexit could have a devastating impact on women, gender experts said ahead of Britain's departure from the European Union. But women who support Brexit accused them of scaremongering and suggested some of their arguments might verge on sexism, highlighting the bitter split in the country since a referendum in 2016 when Britain voted by a small margin to leave the EU. "Brexit will have a negative impact on the economy as a whole - and will hit women harder than men," said Mary-Ann Stephenson, director of the Women's Budget Group, a feminist think-tank.

"We know that women act as the shock-absorbers of poverty." Britain's economic growth has slowed since the referendum, but not by as much as many forecasters predicted. The uncertainty has since cost the economy about 600 million pounds per week, Goldman Sachs said on Monday. The Bank of England estimates a worst-case Brexit could shock the economy into a 5 percent contraction within a year, nearly as much as during the global financial crisis. Stephenson said years of austerity following the 2008 crisis had already shown that women suffer more than men when the economy takes a knock. DIVISIVE

Despite predictions that women might be more likely to vote Remain than men, only a small majority - 51 per cent - did so. "I don't think Brexit is a gendered issue," said Joanna Williams, a member of Briefings for Brexit, a platform for pro-Leave business people, academics and lawyers. She dismissed "apocalyptic" forecasts of falling GDP, adding that - contrary to many predictions - wages and employment, including women's employment, had risen since the referendum. "We can predict doom, but the reality so far is telling us a different story," Williams told the Thomson Reuters Foundation. Employers in Britain created almost 400,000 jobs last year, pushing the jobs rate to a new record high.

Lucy Harris, who set up the group Leavers of Britain to "bring new friends to those who have lost theirs over Brexit", said that asking whether Brexit would disproportionately impact women was "incredibly divisive". "It's an attempt to further politicise something that doesn't need any more politicisation," she added. But Sophie Walker, inaugural leader of the Women's Equality Party, said Brexit would lead to cuts to public services and welfare on which women disproportionately rely. "Brexit is going to have a huge negative impact on women," said Walker, whose party supports gender quotas in politics and free universal childcare. Women and men feel economic shocks differently because they often do different jobs and women bear the burden of unpaid care, the Women's Budget Group and Women's Equality Party said. Public sector jobs like teaching and nursing tend to be dominated by women, who are also more likely than men to attend health centres. Women are also more likely to plug the gaps if services are cut, potentially forcing them to leave paid work to look after young, elderly or disabled family members. The two groups said Brexit could make it harder for women, particularly single mothers, to manage family budgets as Britain's reliance on EU food imports would push up prices, particularly if the pound fell in value. "We know they're more likely to go without heating, clothes and food for themselves in order to make sure their families have what they need when things are tight," said Stephenson. LEGAL PROTECTIONS Some women also fear Brexit could erode key protections in areas such as parental leave and part-time work. Although EU laws are being incorporated into UK law, Stephenson said there was nothing to stop a future government deciding to repeal them. "We will get an argument that all these rights are all very well and nice, but at the moment we can't afford them," she added. But Brexiteers said major gains for women's rights in Britain occurred long before it joined the EU, adding that UK maternity leave was more generous than in many EU countries. Williams dismissed the risk that protections might be diluted in future. "We really have to suspect the worst of ... our parliamentarians to assume that they're looking forward to Brexit as an opportunity to overturn this legislation," she said. Harris said it was a "complete farce" to see the EU as a beacon for women's rights, adding that Brexit would actually make it easier to introduce progressive laws for British women. "I voted Brexit because I believe laws should be tailored to those they directly affect," she said. "When we bring back our sovereignty, it empowers and emboldens women, such as myself, to be able to make further decisions that protect my rights." Both women said it was important to remember that some 8 million women, including many from poorer communities, had voted to leave. "It's not the case that Brexit is some kind of patriarchal conspiracy designed to do women down," said Williams, adding that to suggest gullible women had been conned into something against their interests was "incredibly insulting". "In other circumstances, it would be a very sexist argument, this idea that women ... didn't know what they were doing when they went to the voting booth." But the Women's Equality Party said women were almost absent from the debate in the run-up to the referendum. It cited one poll that showed 24 percent of women reported being well-informed about EU issues compared to 41 percent of men. "The lack of representation of women, women's voices and women's perspectives on issues that were going to disproportionately affect women was a huge hole in that national conversation," Walker said.