Wall Street lost its early gains on Thursday to turn negative in late morning trading after Apple fell to an almost two-year low.

Adding to the day's pressure, data showed that the number of Americans filing for unemployment benefits unexpectedly rose last week to the highest in more than a year, raising further concerns about the health of the labor market.

"This week there is a lack of big macro news, so the market is hunting around for something to latch on to," said John Canally, investment strategist and economist for LPL Financial in Boston.

"The weak jobless claims also dispelled some early euphoria. For the next few weeks I expect the market to be at the mercy of micro news and drift along."

Five of the 10 major S&P 500 sectors were lower, with the health index's .SPXHC 0.57 percent loss leading the decliners.

The materials index .SPLRCM led the gainers with a 0.61 percent rise. Its biggest boost was from Monsanto (MON.N), which rose 9.2 percent to $98.69 after the seed company was said to be a possible acquisition target, according to media reports.

The consumer discretionary index .SPLRCD, which roiled the market on Wednesday, was off 0.3 percent, mainly due to a 4 percent drop in Netflix (NFLX.O) and a 12 percent slump in Kohl's (KSS.N).

Kohl's fell after posting an unexpected drop in quarterly comparable sales, a report that followed weak results from Macy's (M.N) on Wednesday that undermined confidence across the consumer sector.

Investors remain cautious about corporate earnings. First-quarter earnings for S&P 500 companies have mostly beaten analysts' expectations, but are estimated to have fallen 5.4 percent from a year ago, according to Thomson Reuters data.

Presumptive Republican U.S. presidential nominee Donald Trump and House of Representatives Speaker Paul Ryan emerged from a meeting on Thursday declaring they had taken steps toward healing fissures in the party but that differences remained. 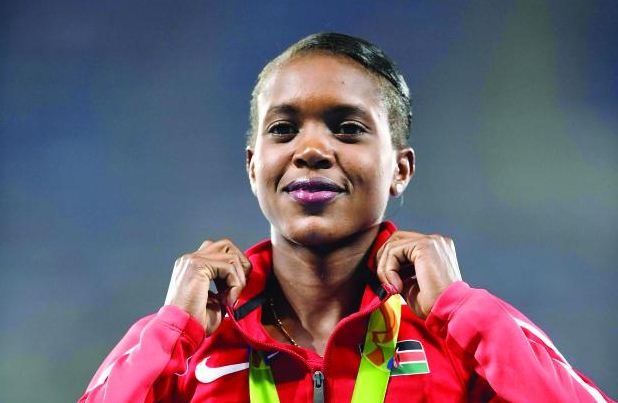 By Betty Njeru and Agencies | 3 days ago