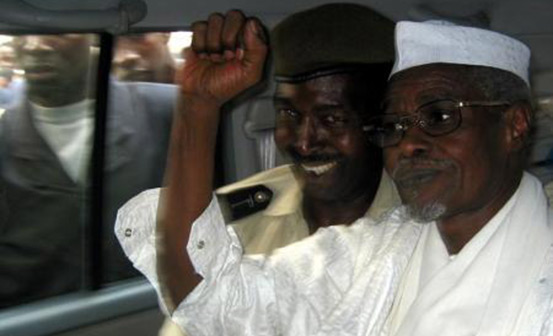 Prosecutors in the landmark human rights trial of former Chad ruler Hissene Habre recommended life in prison if he is convicted of war crimes, crimes against humanity and torture, Senegal state radio said on Wednesday.

Habre, who ruled Chad from 1982 to 1990, went on trial in the Senegalese capital last July and a verdict is expected this year. It is the first time a domestic court system in one country has tried a former leader of another on rights charges.

Rights advocates say the case offers an alternative avenue for justice to the International Criminal Court based in The Hague. Many African leaders have voiced scepticism about the ICC on the grounds that it has investigated abuses mainly in Africa.

Habre was deposed in a coup in 1990 and fled into exile in Senegal. He was detained in 2000 and in 2012 a Belgian judge obtained a ruling from the United Nations' top court, the International Court of Justice, ordering Senegal to try or extradite him.

A year later, the Extraordinary African Chambers was created for the trial.

Habre has remained largely silent during the case and his lawyers have said the proceedings are illegitimate. The defence will deliver its final statements on Thursday.

African peacekeepers said on Wednesday they had information that al Qaeda-linked militants were planning to launch attacks in Somalia disguised in their uniforms.