By STEPHEN MAKABILA and agencies

The 15-nation UN Security Council statement on prisoners was made in the hope of kick starting peace talks between representatives of the two sides in Ethiopia.

The UN statement called for a ceasefire and wider peace talks. The Security Council also “strongly discouraged external intervention that would exacerbate the military and political tensions” — seen as a referring to Uganda, which has been sending troops and attack helicopters to bolster government forces.

And political and International Relations expert feels struggling peace talks in Addis-Ababa over the conflict in Southern Sudan and continued battles between rebels and government forces pose a worrying scenario.

South Sudan’s military says it has recaptured the oil hub of Bentiu - one of just two rebel-held cities. Army spokesman Philip Aguer said the final resistance - a tank protecting a bridge to the city - had been overcome.

In Addis-Ababa, a rebel spokesman for Dr Riek Machar indicated that there would be no imminent truce in the Intergovernmental Authority on Development (IGAD) led talks unless the government of President Salva Kiir freed a group of Machar’s top allies.

Efforts to find a solution are also being spearheaded by the United States, China, and France, all which have interests in South Sudan owing to its rich oil deposists.

The South-Sudan government is currently holding 11 of Machar’s allies, many of them senior figures and former ministers.

Kiir, however, appears to have so far resisted the demands and maintains the detainees should be put on trial for their role in what he says was an attempted coup.

President Uhuru  Kenyatta met South Sudan Foreign minister Dr Barnaba Marial at State House Mombasa earlier in the week, where he was briefed on the progress of the talks.

“Both Kiir and Machar are buying time and as things stand, the crisis in South Sudan may be solved militarily, with heavy implications on the entire region,” notes Kenyan political scientist Prof Amukowa Anangwe.

Anangwe says the problem in South Sudan is that the Constitution provided for financially autonomous states but economic power had been centralised in Juba, causing political tension and the resultant conflict.

United States International University (USIU)-Kenya’s Professor Munene Macharia, notes the talks are difficult, but with IGAD’s concerted efforts, a truce can be reached.

“The conflict cannot be sustained for ever and both sides must be looking for a way out of it,” added Macharia, who is a Professor of History and International relations.

The fighting in South Sudan, which began on 15 December, has seen South Sudan’s oil output fall by about 20%. Several thousands of people  have sought refuge in a UN base, where people have been divided according to their ethnic group in order to prevent clashes.

The conflict has seen outbreaks of ethnic violence between Dinkas, the community of President Salva Kiir, and Nuers, like Mr Machar.

There are fears if peace talks between the government and  rebels fail to stem the  current violence, a potential genocide may result, leading to increased political risks for foreign investors and neighboring governments.

Experts feel given South Sudan’s position as a regional oil producing country, a civil war would also close transnational energy corridors throughout Central/East Africa and negatively impact prospects for regional stability.  Most of the East African countries have  competing trading interests with South Sudan while Sudan  has economic and security interests at stake in South Sudan.

Whereas Sudan’s 2011 partition placed 75 percent of Sudanese oil outside of Khartoum’s control, Sudan secured leverage by retaining control over the only pipelines capable of transporting South Sudanese oil to global markets.

While the standoff was partially driven by Sudan’s interest in utilizing this pressure over South Sudan to attempt to score concessions from Juba (related to transit fees and border demarcation), Sudan ultimately stands to lose out from a prolonged shutdown of South Sudanese oil, given the lucrative transit fees that Khartoum could gain should South Sudanese oil production reach maximum capacity.

Economically, China is the foreign country that stands to lose the most, either if the violence persists or full scale war breaks out, as the China National Petroleum Company (CNPC) is the largest foreign investor in South Sudan’s oil industry.

The Chinese government has particularly been concerned, and has also been trying to broker a deal between the government and Machar’s rebels.

But Macharia points out that both the United States and China should not be directly involved in the search for peace in the South –Sudan.

“The South Sudan conflict is an African problem which should be left to IGAD, the United States and China among other western countries should only provide moral support,” added Macharia.

Earlier in the week, IGAD mediation team on the South Sudan crisis had announced it had made major progress on the issue of cessation of hostilities as both the government and the detainees had committed to unconditional negotiations on the same.

The IGAD team had noted  detainees concurred that the crisis in the country was political and expressed their support for the talks on unconditional cessation of hostilities.

Anangwe noted failure to contain the South Sudan conflict may lead to a spill-over of refugees to neighbouring countries of Kenya, Uganda and Ethiopia, thus straining them economically and posing complex security risks. 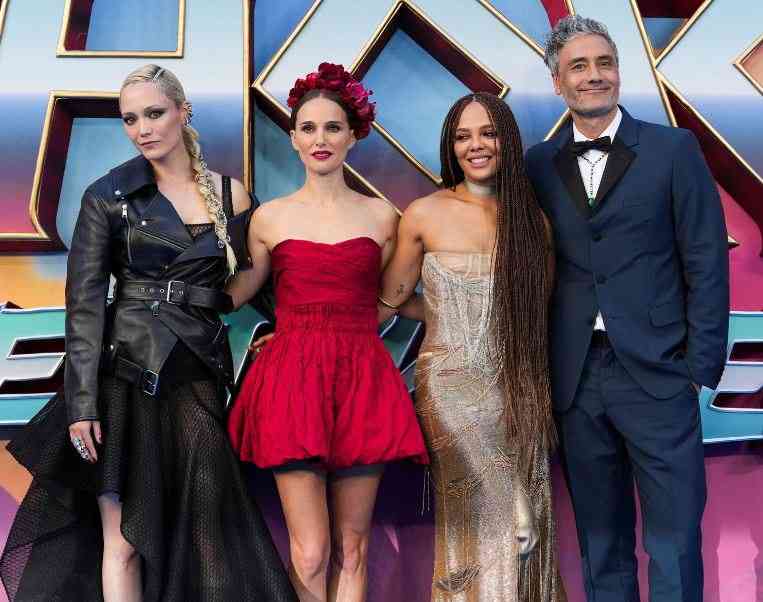 Twists and turns for Marvel's new film 'Thor: Love and Thunder'
Showbiz
By Reuters
51 minutes ago
Athletic Bilbao's Inaki switches to Ghana from Spain
Football
By Reuters
53 minutes ago
UK's Boris Johnson on the brink as ministers quit
Europe
By Reuters
1 hour ago
Premium When typewriting was an essential skill in civil service
National
By Amos Kareithi
1 hour ago
.

By Reuters 18 hours ago
British Health and Finance Ministers resign