They were found guilty of "grossly violating the rules for spectators' behaviour" and given the maximum punishment possible under the charge.

Verzilov is the founder of Mediazona website, which reports on trials of rights activists.

The court was due late Monday to hear the case of one other protester: Olga Pakhtusova.

The four ran onto the pitch at Moscow's Luzhniki stadium on Sunday and briefly halted play in the second half of the match between France and Croatia, watched by President Vladimir Putin and world leaders including French President Emmanuel Macron. 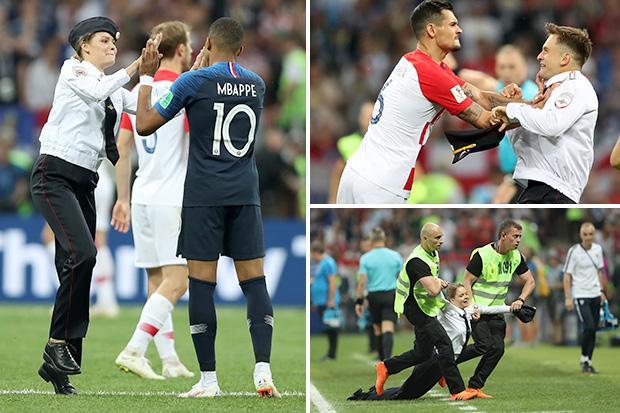 Others included an end to arrests at peaceful rallies and to "allow political competition in the country".

Pussy Riot is most famous for performing an anti-Putin protest song in a central Moscow church in February 2012.

Three of the group's members were convicted of "hooliganism motivated by religious hatred" at a trial that attracted global media attention and drew protests from rights groups.

Group members Nadezhda Tolokonnikova and Maria Alyokhina were released after serving 22 months of their two-year sentences. The other convicted member Yekaterina Samutsevich was given a suspended sentence.

Woman loses hand over being barren

A 22-year-old woman lost her hand after her husband, said to have accused her of infidelity and barrenness, attacked her.