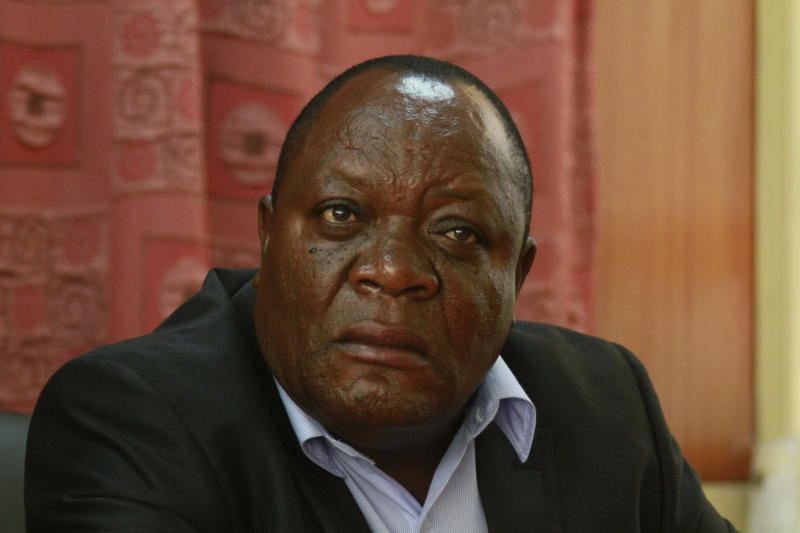 Matungu MP Justus Murunga (pictured) will be buried on November 28 at his rural home despite a court order barring his send off.

According to Ikolomani MP Bernard Shinali, the MP’s body will be flown to Matungu and buried on the same day.

“Murunga’s burial will be a private family affair but a funeral service will be conducted separately at a different venue and not the late lawmaker’s home,” said Shinali who is the chairman of the parliamentary ad hoc committee coordinating the MP’s burial arrangements.

On Saturday, the committee members including Kakamega Senator Cleophas Malala, Mumias East MP Benjamin Washiali visited Murunga’s home to update the family on the progress of the MP’s send off plans.

Mr Shinali said the decision to make the burial rites a private affair was in line with the Covid-19 containment measures.

The family had earlier been stopped to carry on with the arrangements after a woman moved to court over the matter.

A court ordered Murunga’s widows Chistabel Murunga and Grace Murunga not to conduct the burial, interment or cremation of the body pending the determination of a suit filed by a woman claiming to have been the MP’s lover.

Agnes Wangui moved to court claiming that they have two children with the late MP out of their secret relationship.

She claimed that Murunga’s family had conspired to lock her and the minors out of the funeral and burial arrangements.

The MPs visited the two homes of the late at Makunda village and the other one in Makutano village in Lugari.