A huge fire has gutted a dormitory at Musingu Boys High School in Kakamega County.

Reports reaching Standard Digital desk say that the fire broke out at around 11 am on Wednesday, when students were in class.

By the time of going to press, authorities were yet to establish the cause of the fire or if there were any casualties.

The School principal, when contacted said he had no comment on the matter.

This happens just two days after schools reopened across the country. 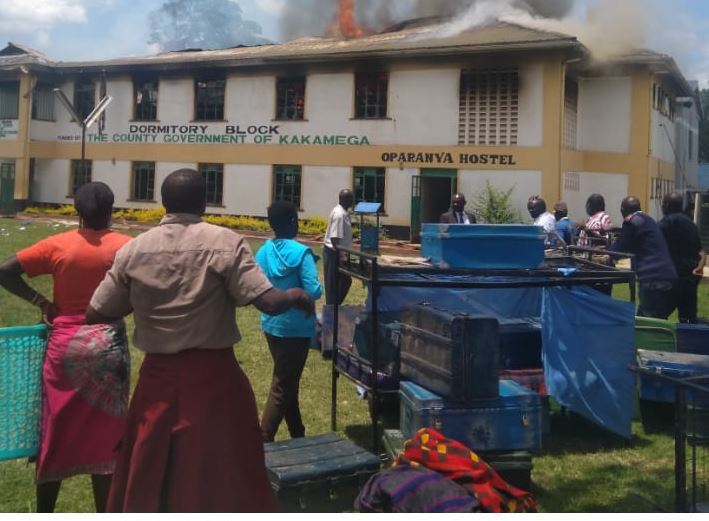 The school is however synonymous with fires.

This is the third time a fire is being reported in under a year.

Last year in November, property of unknown value was destroyed after fire razed down a dormitory at the school.

The cause was established as an electric fault.

The Principal Benson Lukuyi, said that a welding machine that was being used to repair windows at the dormitory exploded.

In September of the same year, another fire was reported to have burnt down a dormitory at the school.

According to then Principal Bernard Toili, the fire started on a Sunday morning when the students were attending a church service.

The cause could not be immediately established, but the principal suspected it could have been as a result of an electrical fault.

By Alex Chagema | 8 hours ago

15 houses burnt in attacks over man's ailment and death
Feedback