Sh221m set aside for airstrip upgrade 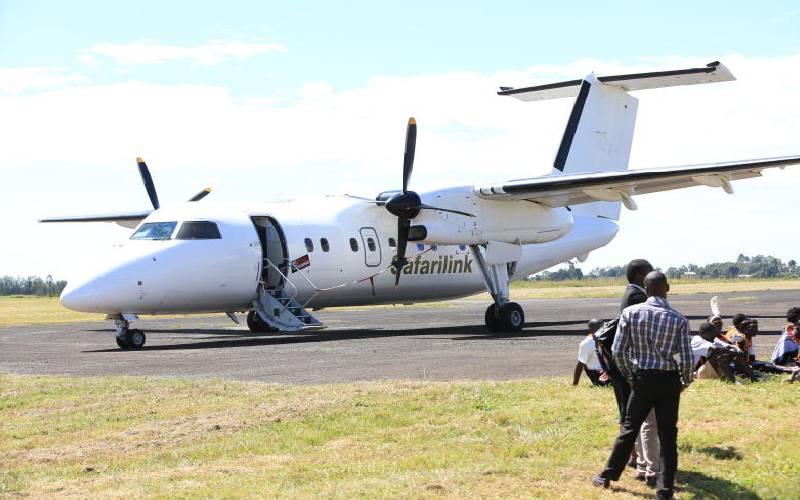 Kitale Airstrip is set to undergo a face-lift at a cost of Sh221 million to boost flight operations in the county and neighbouring counties. The Kenya Airports Authority (KAA) has handed contract documents to ASAL Engineering and Consult Company to undertake the construction of a standard  2.2km long runway. The firm will also put up an administration block.

KAA’s regional manager Walter Agong said the construction will start next month and is expected to end next April. “According to the contractual document, work is to take 18 months, but we will take 10 months to ensure that the airstrip gets back to its normal activities as soon as possible,” said Agong. He said the construction would be done in two phases. “The first phase will include the construction of a standard 2.2km runway while the second will see the construction of an administration block that will consist of a VIP lounge.” Devolution Cabinet Secretary Eugene Wamalwa said the renovation was going to boost flight operations within the county and the region at large. “When the construction is completed, the business and transport sector will see a new perspective that will boost the county’s economy,” Wamalwa said.

Local Kenya National Chamber of Commerce and Industry President Martin Waliaula welcomed the expansion, saying it will market the region. “The business community supports the expansion of the airstrip. It will create room for more flights to the area and reduce the cost of travelling to Eldoret airport to connect to Nairobi,” said Waliaula. It takes about two hours to travel by road from Kitale to Eldoret.