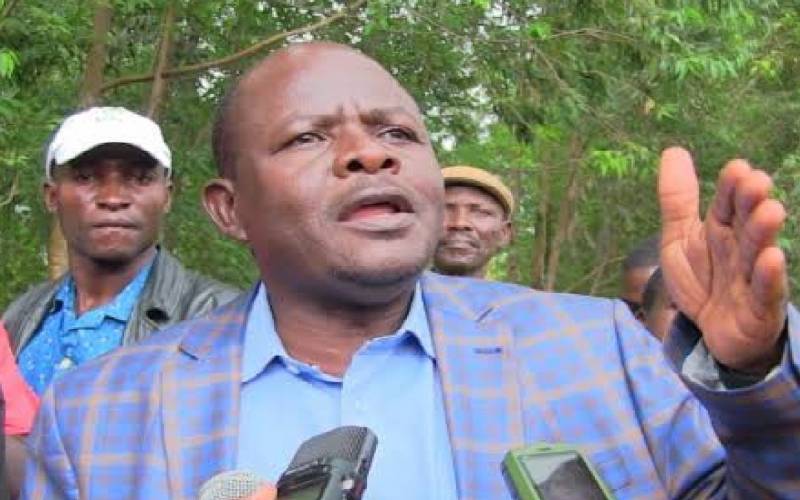 According to police report, the MP has been resting in Kisumu city contrary to claims by his Tanga Tanga colleagues that he was abducted by the police.

Directorate of Criminal Investigations detectives started probing the circumstances under which the National Assembly Majority chief whip disappeared after the reports emerged only to trace him to Kisumu.

Detectives said the MP communicated to his bodyguard Robert Wabuko on his mobile phone and told him he was safe in Kisumu.

“DCI officers established that at 16.16 hours the said MP communicated to his body guard Robert Wabuko through his usual cellphone line and confirmed that he was safe in Kisumu,” said the report.

They said the geolocation also placed the MP in Kisumu, adding that  they are porbing why the MP is not picking calls.

Washiali, however, said he had gone into hiding after getting wind that he was to be arrested.

The legislator claimed the writing was on the wall after BBI forum conveners warned that leaders planning the parallel meeting in Mumias would be arrested.

Tanga tanga leaders led by former Sports Cabinet Secretary Rashid Echesa had claimed that the MP was abducted by police and gave the government two hours to produce him.

“We are giving you two hours from now, if you don't reveal where Washiali is, prepare to face the consequences," Echesa had warned.

Washiali was among the top organisers of the aborted Mumias meeting dubbed Western Economic Forum that was to run parallel with the one held in Bukhungu Stadium, Kakamega.

Some of the Tangatanga supporters have taken to social media to accuse the MP of being a coward and that he abducted himself to evade confrontation with the police.