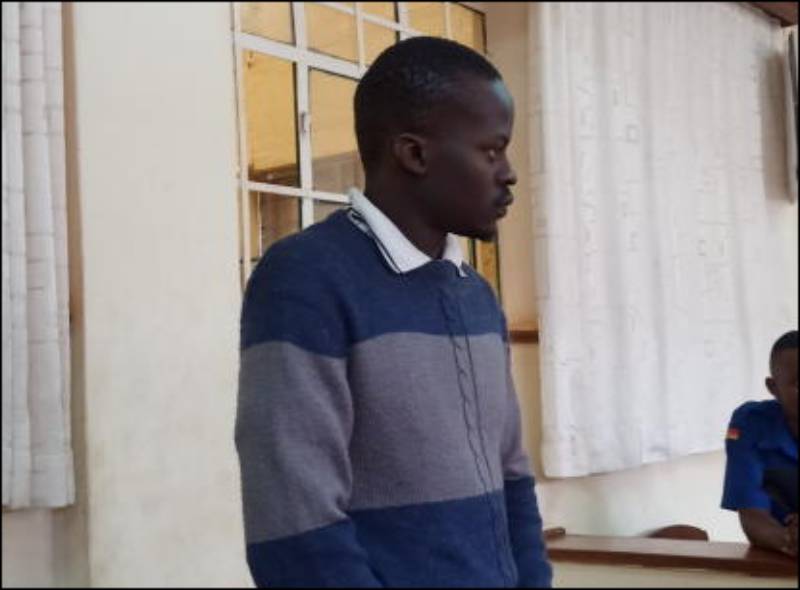 A man was Wednesday charged at the Busia Law Courts for stealing two cheque leaves that belong to the county assembly of Busia amounting to Sh1.8 million.

Fidelis Maxwell Odhiambo Ochieng (pictured) pleaded not guilty to the three charges read to him before resident magistrate Tina Madowo.

The charge sheet read that on diverse dates within Busia County, jointly with others not before the court, stole two cheque leaves numbers 676 and 688, the property of county government of Busia.

“On diverse dates between November 1, 2019 and December 2019 at Busia Township in Matayos sub county with others not before court, with intention to defraud, forged two Cooperative Bank cheques purporting that they were eligible for payment for a sum of Sh950,000 and Sh850,000,” read the charge sheet in part.

The suspect who hails from Bumala in Butula constituency was arrested in Nairobi last week where he works and taken  to Busia for prosecution.

The Matayos Divisional Criminal Investigation Officer Samuel Agutu is still carrying out investigation. “We intend to make more arrests. Soon other suspects will be arraigned in court,” said Agutu.

Fidelis who is not county assembly staff was granted Sh1 million bond with surety of similar amount.

The case will be mentioned on January 27 and hearing slated for May 6 this year.

What electoral commission can do to tackle voter apathy
Opinion
By Cynthia Adongo
26 minutes ago
Uganda adopts Swahili as an official language
World
By Fred Kagonye
33 minutes ago
Ongoing poll agency, presidential candidates dialogue is important
Opinion
By Njau Gitu
45 minutes ago
The task for incoming president
Cartoons
By Gado
46 minutes ago
.

By Benard Lusigi 1 day ago
No zoning in Western, affiliate parties tell ODM