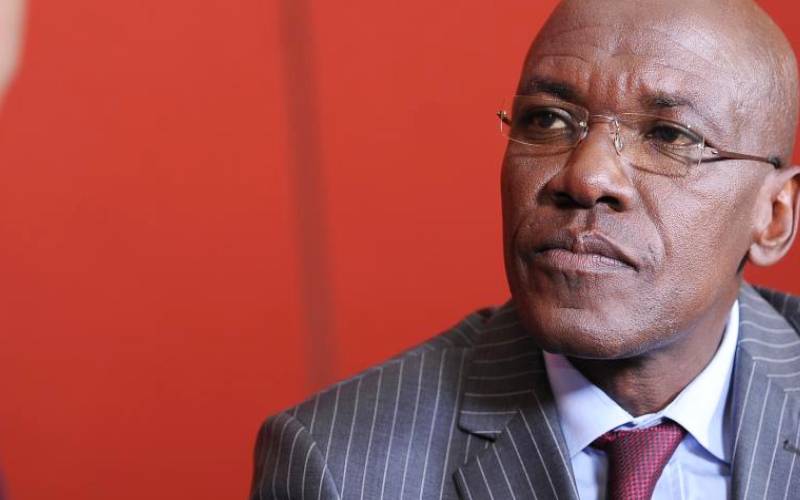 In a Facebook post earlier today, Khalwale said "A sad morning, death has just robbed [me of] my first wife".

Adelaide Khalwale, who was battling cancer, died at their Malinya home in Ikolomani, Kakamega county.

Her body has been taken to Mukumu Hospital morgue.

She was first diagnosed with cervical cancer in 2003.

This year, Adelaide developed blood cancer but went through the treatment and was declared cancer free.

However, she died from pulmonary hypertension, which Khalwale said developed a week ago.

He went on, "As a cancer patient, we knew she was not very far from death, but we didn't know she would die now from pulmonary hypertension."

Residents and local politicians were earlier in the day streaming into the politician's home to console him over his first wife's death.

Before her death, Adelaide worked at the Masinde Muliro University of Science and Technology in Kakamega.

Speaking to the media, Khalwale said he and Adelaide had been married for 39 years.

"It was quite a chaotic situation," she told Reuters.

By Bernard Lusigi | 3 days ago