Kakamega man in court for attempting to rape mum 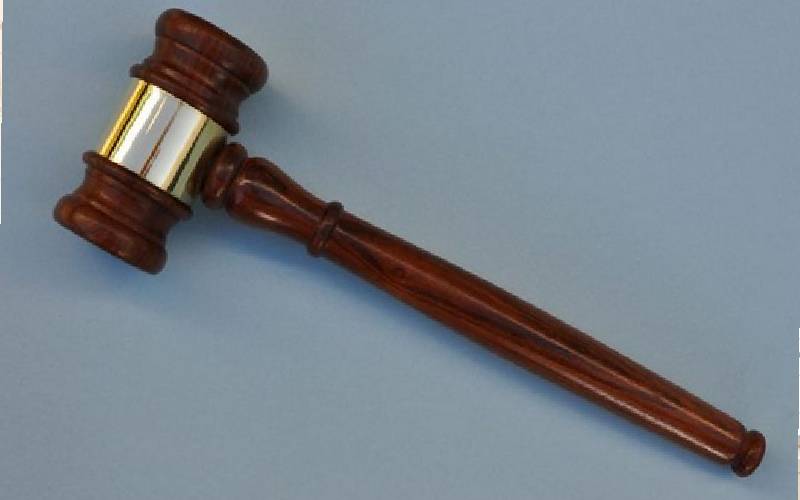 A man in his late 20’s was yesterday charged with attempted rape on his biological mother.

The court heard that the accused was on the morning of September 17 cutting down trees at their compound and ferrying the logs to an unknown destination when his mother picked some logs for her own use leading to an altercation.

His mother who is the complainant in the matter is reported to have taken the woods and wanted to use them to cook for lunch.

However, AMM came and found out the woods had been taken and picked a quarrel with his mother and threatened to attack her with a hammer.

He is said to have pulled down the complainant’s skirt saying he was ready to serve a jail term after having a sexual encounter with her.

The helpless mother screamed attracting her daughter and other neighbours who came to her rescue.

He was arrested and taken to Isulu Patrol Base awaiting prosecution.

He denied the charges and an alternative count of committing indecent acts with an adult, namely, caressing her private parts when he appeared before Kakamega Senior Principal Magistrate Hazel Wandere.

He was granted Sh100,000 bond with a surety of similar amount or an alternative cash bail of Sh50,000 cash bail.

The matter will be mentioned on October 3 and heard on November 4.