Father jailed for 'confirming daughter virginity' wants to be acquitted

By Jack Murima | 2yrs ago 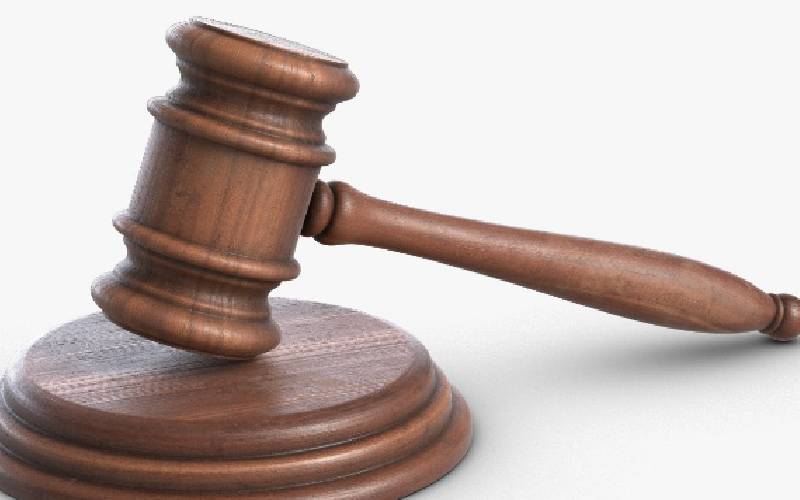 A man serving a 20-year jail term for defiling his 15-year-old daughter in an alleged ‘virginity test’ has asked the High Court to acquit him saying there was not DNA analysis to link him with the offence.

The convict, abbreviated by letters JKO told Judge Hedwig Ong’udi yesterday that the trial magistrate erroneously relied on the testimony of one witness.

He further submitted that he was charged and convicted on a wrong section of the Sexual Offences Act and charged with defilement other than incest.

JKO was found guilty of defiling the Form Two student on September 16, 2016, after she was sent away from school to get the fees.

The trial court heard that the complainant had arrived home at 11am only to find his father alone at their Shirere home, Kakamega Central District.

She informed JKO her reasons for being home during school hours. The father ordered her to give him water to quench the thirst, which she gladly did.

JKO said he wanted to confirm if she was still a virgin or had lost the same. He threatened her with dire consequences if she dared to scream.

The complainant narrated her attempts to resist were futile as his father touched her indecently before sleeping with her.

She later opened up to her stepmother in the evening but she took no action.

She resumed to school on September 19 but fell sick days later where her uncle was called to rush her to hospital.

She was rushed to Khayega Health Center but the nurses advised that she be taken to Kakamega County General Hospital which had a laboratory.

The uncle who was called as a prosecution witness dismissed the existence of a possibility of bad blood between him and JKO saying medical documents corroborated defilement allegations.

The prosecution is said to have proven defilement took place, adding that JKO was unrepentant and unremorseful after he opted to remain silent even when he was accorded a chance to tender his mitigation.

But in a new twist, JKO wants the upper court to quash the conviction and set aside the sentence on grounds that the evidence on record supported incest.

The Director of Public Prosecutions (DPP), although he acknowledged the anomaly maintained the charge did not occasion a miscarriage of justice or prejudice the appellant.

Through prosecutions counsel Oliver Mwaura, the DPP asked the appellate judge to dismiss the petition and uphold the sentence.

Premium Kenya's next president has his work clearly cut out for him
Politics
By Eric Nyakagwa
23 mins ago
New-look Barcelona held 0-0 by Rayo in Lewandowski's debut
Football
By Associated Press
42 mins ago
Where style meets elegance: First Lady's savvy fashion sense over the years has not gone unnoticed
Fashion and Style
By Peris Wambugu
58 mins ago
Premium Goma City growing into a blooming hub
Lifestyle
By Jayne Rose Gacheri
1 hr ago
.

By John Shilitsa 16 hrs ago
Premium DAP-K debacle: Why Wetangula has the last laugh