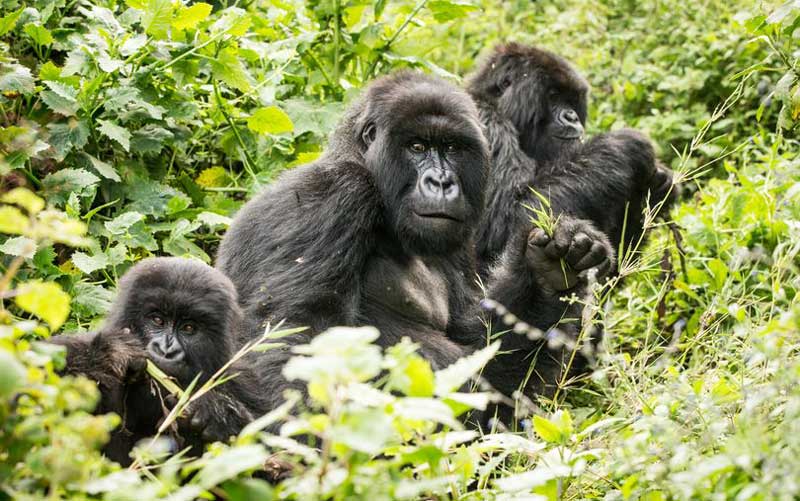 Humans were once considered the only species to care for the dead.

But researchers who saw the deaths of three gorillas in Rwanda and the Dem­­ocratic Republic of Congo found other members of the group gathered around the bodies.

Lead researcher Amy Porter said: “In all three cases, they almost all sat quietly around the body and stared at it.

“Many also sniffed, poked, licked and groomed the deceased.

“It was compelling evi­­dence that there is more going on with animal’s perceptions of death than is often accounted for.”

In two cases, the animals who spent the most time with the deceased were related or in a close relationship.

Amy said: “A young son was grieving by trying to feed from his dead mother despite being weaned. A dominant male that had shared a close relationship with a dead animal decided to sleep with the corpse.

“Given the health risks that can accompany close inspection of corpses, it is curious why the behaviour occurs in animals.”