By Timothy Mbaya | 6yrs ago

A female pastor is in shock after her son treated her to the embarrassment of her life when he engaged in a fierce altercation with a prostitute he had smuggled to his house the previous night.

The Seventh Day Adventist (SDA) church elder from Kadika area, a few kilometers from Migori town was woken up to an altercation between his son and a woman over pay on Saturday morning as her large family was preparing for Sabbath services.

The irate lady said the man, only identified as Okeyo had promised to pay up once he was done with entertaining himself.

“I turned down offers from other customers who had better prices. He said he had the money with him at home,” the young lady exclaimed at the top of her voice.

The ‘chips funga’ said that the man had a tendency of not paying up after he was diligently served to his want.

“I am not going to leave this compound unless I am given my dues. No work is done for free in my line of duty and my children will have to eat!” she screamed.

The Saturday morning occurrence attracted neighbours who were seen peeping over the presumably religious family’s fence in sheer shock.

The family is known for keeping a low profile with the no-nonsense church leader instilling strict morals to her children.

The young lady could not hold back her tongue on Okeyo’s secrets and how he had been living a lie as a quack doctor.

“You have been moving around town ‘recycling’ that faded jeans and wearing cheap spectacles lying to people that you are a doctor yet we know you did not even finish college,” the lady said.

She added: “You think we don’t know that it is your mother who toils hard to fund your cheap life that makes you move around attracting unsuspecting women.”

The estranged man’s mother tried to calm down the angry lady even as more people gathered around the fence, grinning with excitement at the turn of events.

“This family has always been at the fore front of castigating our children for ‘misbehaving’ thinking they are angels, it serves them right,” a neighbour who sought anonymity said.

Okeyo who couldn’t stomach the humiliation escaped through the back door of his brothers’ house and jumped over the fence, leaving his mother and siblings to deal with his mess.

The pastor had to give an undisclosed amount of money her church group had collected to present in the church that day, to pay the lady who left the homestead yelling obscenity at the wayward man. 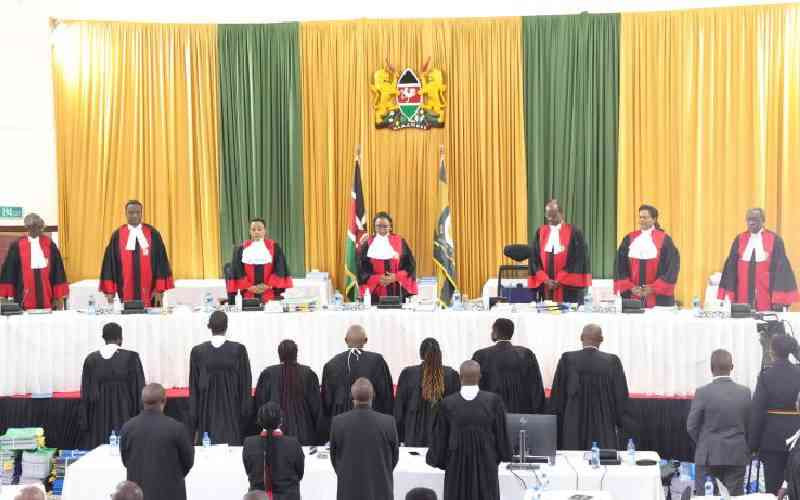 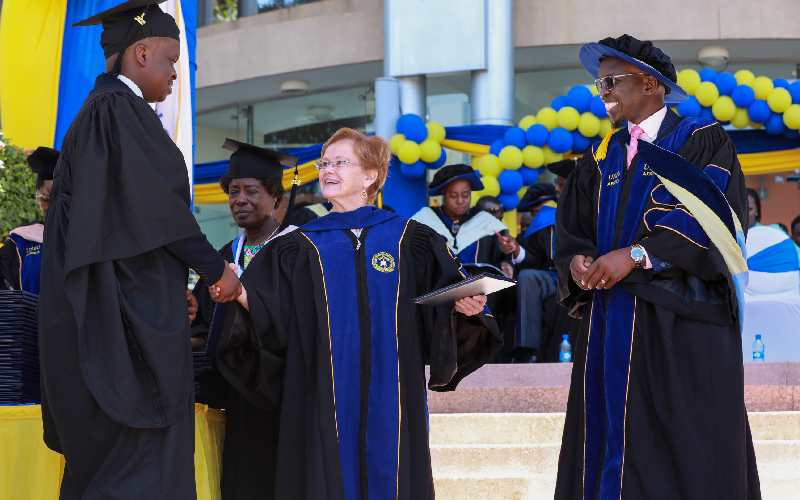 By USIU-Africa 57 mins ago
History made as USIU-Africa fully online MBA class among 1,339 Graduands delivered at its 44th commencement ceremony
.