On the Matter of Arrest of Doctors’ Union Officials

By Nicholas Abeyi | Feb 14th 2017
The Court has sentenced doctors’ union officials to one month in jail after they failed to reach an agreement and call off the doctors strike as directed.

What first came to my mind is the rule of the law. The doctors, as well as any other Kenyan citizen, are required by the law to obey court orders and failure to comply calls for a jail sentence.

Also, the doctors have the duty of care to their patients and letting them die like flies is stupendously outrageous. However, there are some considerations to these facts.

First, the duty of care is bound withing the cognizant nature of employer-employee relationships. This is the relationship that exists between the government and the doctors.

Remember, we did not elect the doctors. We did not accord them with the responsibility of ensuring our betterment and total well-being.

It goes without saying that contempt of court is unlawful and should be responded to by strict legal repercussions. However, considering the matter at hand, this is the most stupid move this government has ever made since its formation. What is more is more important here?

The legal provisions of the “contempt of court” or the lives of the innocent citizens. This is the analogical grass suffering under the fighting elephants.

The only difference, in this case, is that one of the elephants was bestowed with the solemn duty of ensuring the total well-being of the grass.

What is the logical reason behind this jailing intimidation? To portray Kenya as a law-abiding country? Of course, we all know that our judicial endeavors are asymmetrical.

They only apply to a specific group of people. I can remember on August 29, 2014, President Uhuru, with other government officials witnessed the destruction of MV al-Noor vessel, despite a court order.

And who can forget about the last teachers’ strike? So, this “contempt of court” thing only applies to a specific group of people? And even if this is the case, to what end? How is jailing Doctors’ union officials going to solve the problem at hand?
Philosophically, and according to one Cesare Beccaria, punishment, such as jail term are meant to effect deterrence. It should be done with an effort to affect recidivism. This, however, does not seem to be the case here.

These doctors are jailed for what they believe to be the right course. These doctors will, obviously, come out of the bars more hardened and more resilient towards their course.

For one month, more patients will die. One month without any progress. This is a blatant endeavor by the government to showcase their superiority and demonstrate to the public that, “You cannot mess with us”. All at the expense of the innocent patients dying in the hospitals.

I still wonder what is more important here, the legal provisions of the “contempt of court” or the lives of the citizens? Health is one of the most sensitive issues in any sane government. This is a sector that should be handled with much caution and thoughtfulness.

Blatant acts that may worsen the conditions should be avoided at all cost. We can compare this to the case of security versus privacy. In the United States, cases related to breach of privacy can result in up to 6 years imprisonment.

However, this provision is the superseded in the case of security issues. The lives of the citizens, to them, is more important that any other legal provision.

The Patriot Act provides that the citizens can be surveilled to gather intelligence necessary for security reinforcement. But when we come back to Kenya, “contempt of the court” is more important than the lives of the citizens.

I am wondering why the government is hiding other parts of the CBA agreement which they signed on June 27, 2013.

All they talk about is the pay increment. Why do they, intentionally, ignore the part of employing 1200 more doctors every year? Don’t we want more health care workers to treat our population? Don’t we crave for shorter waiting times for patients in hospitals?

Don’t we want specialists in every county hospitals to treat the very sick? Don’t we hanker to have adequate medicine functioning equipment in our healthcare facilities?

Or we still want to travel abroad to seek quality medical treatment? The answer is simple, CBA is a pro-citizen document that we should all support. And if this government really cares about her citizens, then they should resolve this issue with the doctors, not jailing them.

Kisii, Homa Bay medics stage go-slow over delayed pay
The return to work formula signed between the Kisii, Homa Bay County Governments and the healthcare workers states that payments must be effected by the 5th day of every month.
Nyanza
By Mactilda Mbenywe
1 month ago 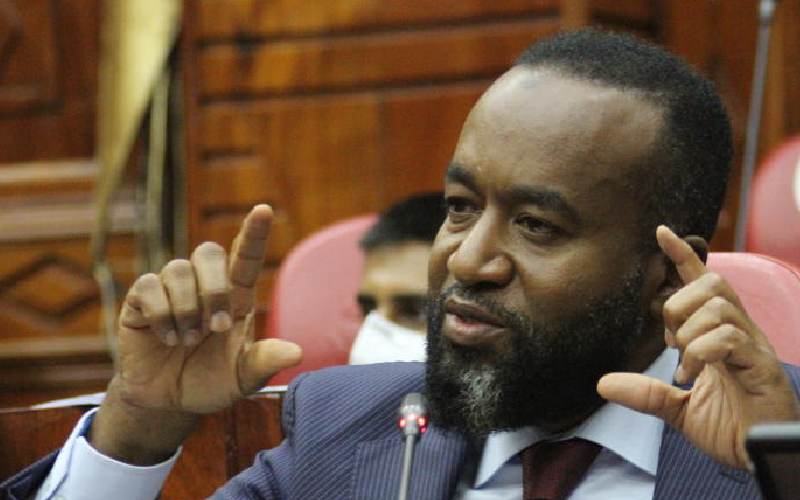 Relief for 47 Mombasa health workers facing contract termination
KMPDU has been making efforts to stop the termination of the medics' contracts as well as recall of those on study leave.
Coast
By Joackim Bwana
3 months ago 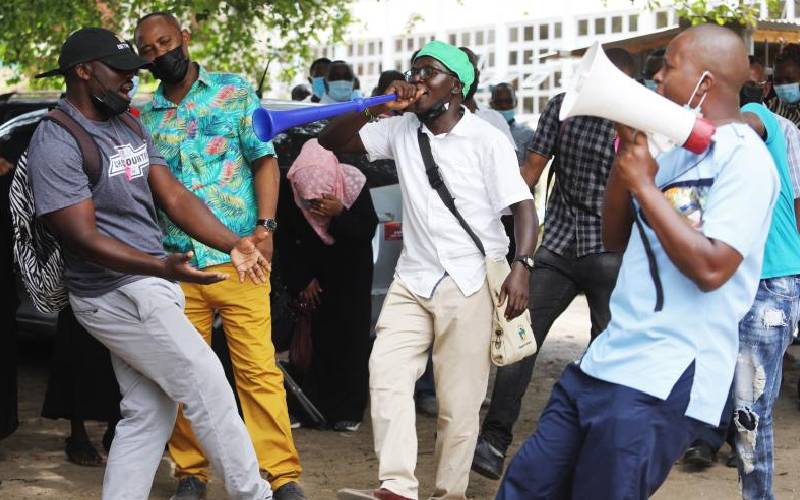 Mombasa health workers call off strike
The move came after the strike had entered its fourth day with the Employment and Labour Relations Court ordering them to resume work.
Coast
By Joackim Bwana
3 months ago 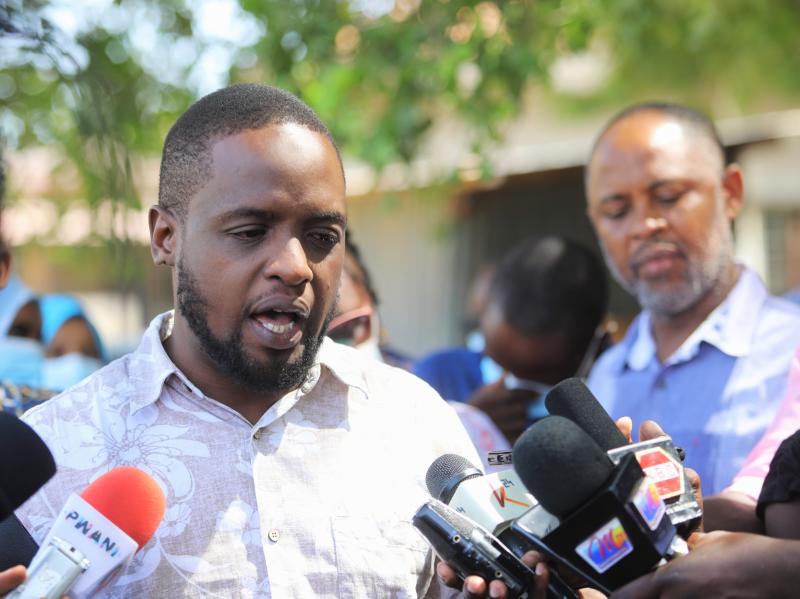 Mombasa, Taita Taveta medics to strike over delayed salaries
Residents of Mombasa and Taita Taveta will from Monday be unable to access medical care from public facilities.
Coast
By Joackim Bwana
3 months ago
.

By Fred Kagonye 3 3 hours ago
IEBC: Only court can reverse decision to clear Johnson Sakaja