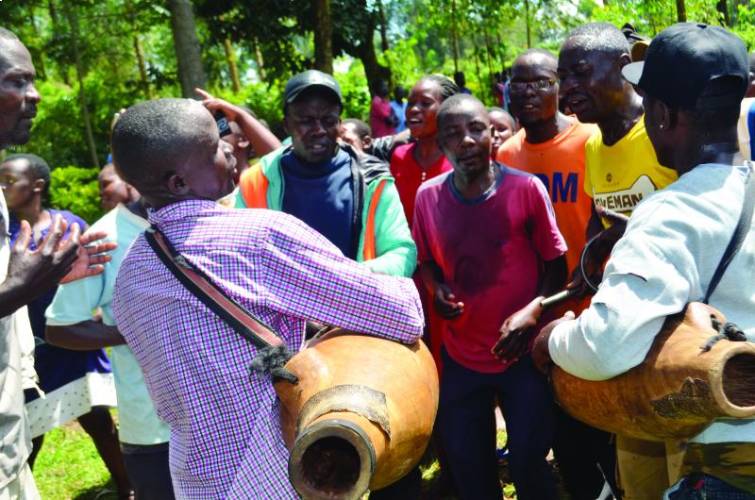 The rays of the scorching sun are unforgiving as the fans mingle in calculated moves as they strode in the stadium. It is like watching two military bands marching towards each other, all blaring drum sounds and crashing cymbals.

The woodwind and string sections of their dance troupe left at home as both outfits tried to make their strong, simple tunes prevail. Any hint of a grace note is immediately drowned in a rude fanfare.

Welcome to the 'Mashemeji Derby', Kenya's biggest rivalry in sport dating back to the 1960s. It is Gor Mahia walking out to meet AFC Leopards but the biggest battle is not settled on the pitch. On the terraces on the Russian side of the City Stadium, unrelenting group of dancers are humming away the day in complete oblivion of the scoreline spalshing at the stadium screen.

The theatrics of Jaro Soja, the lead Gor Mahia fan on one side against the high pitch and vibrating sounds of Isukuti on the other side welcomes you to derby that you cant afford to be neutral.

As Jaro leads his green army in singing the K’Ogalo anthem, Ainea Mukaisi, who has earned himself the title of Ingwe’s lead drummist, is flipping his fingers speedly hitting the Isukuti unforgivingly. Certainly it is a matter of life and death to either side.

Ainea is the surgeon who stitches together the broken hearts of Ingwe fans with the sweet melodious sound from the traditional drum, known in the Luhya dielect, Isukuti. The man from Mulembe loves his Ingwe with the same passion that he loves his Isukuti.

The birth of 'the talking drum'

Before Ingwe and K'Ogallo were born, the talking drum was the means of communication in traditional African society. The sound of a drum helped our great grandparents sent out messages to the other villages, that something unusual had happened or just about to happen. The drum was used to sound alarm that it was wartime and sometimes it inspired passion and excitement in celebration.

Amongst the Isukha and Idakho sub communities of the larger Luhya community, for example, Isukuti is still a signature instrument often played at celebratory events like weddings, funerals, religious, sporting activities and most importantly during the initiation of a newborn into the community.

Though it has been hard to get the Mulembe nation supporting one political philosophy, Isukuti unites the many Luhya sub tribes with its refreshing sounds.

But what goes into the art of making the Isukuti is a slippery and dangerous path many will be reluctant to take.

While technology is at war with the old practices, drumming is one of the ancient African cultures that has stood the test of times. The drum is still being used in modern music, especially - Ohangla synonymous with the Luos and even more in the technology enchanted sports industry.

For Ainea, life without Isukuti is too boring and not worth living. When President Uhuru Kenyatta locked down the country and banned sports to mitigate the spread of Covid-19, he literally dimmed Ainea's star.

He had to leave the city for his rural home in Kakamega in 2020.

“I’ve been hit hardest by the pandemic. I didn’t have the crowd to perform to and so I decided to relocate to the village because it got to a point that I could not even afford to pay my rent.”

But the making of Isukutu can be a risky undertaking that only the brave can venture into. You’ll need courage and determination to piece up the Isukuti, which retails at Sh30,000 for a three-piece drum set.

You definitely can’t venture into this business if you are afraid of killing the ugly seven-metre monitor lizards even though the skin of other animals such as sheep, goat, cow, bufallo and wildebeest can also be used. Throw in a crocodile for those living on the banks of River Nzoia or lake Victoria.

"You can use the skins of goat, sheep or any other domestic animal, but the best hides are of reptiles like crocodiles. Buffalo or wildebeest also have good hides,” reveals Boaz Otenyo, a renowned Luhya traditional drum maker.

The rare poisonous monitor lizard lives in forests in holes inside an anthill. Hunting the reptile can be a dangerous undertaking. No wonder people like Otenyo employ the services of specialised dogs in the hunt for the rare lizard.

"The monitor lizards are big in size and they have long necks, powerful tails and claws with well-developed limbs. The fact that they spend more time in the water makes it even harder to spot and capture them because they are not readily available. This is where the dogs come in handy because dogs are good swimmers,” adds Otenyo.

One big monitor lizard skin can make a whole set of drums, says Otenyo who takes us through the process of making the Isukuti.

After capturing the reptile, you will have to carefully remove the skin, which is then left to dry in direct sunlight.

Johnstone Asutsi is a member and director of Matende Isukuti Group, who supplements his income by making the drums.

For best sound, the hollow wood that forms the body of the Isukuti should be wrapped in an animal membrane.

The Membrane folds consist of a skin or drum heads stretched over the open end of a frame or a shell. The shell is often constructed from wood commonly known by the locals as Murembe, Mung'oma or Mukomari.

The Isikuti drums are classified in a nuclear family. The biggest is the bass drum and is known as Papa, then there is mama, which blares moderate sound while mwana, the son or mtiti, has the brass of highest pitch.

The three drums are used to pass a coded message according to drummers.

“But when they agree and harmony reigns, calm is restored. The sound is generated by striking the drum head by fingers,” explains Asutsi.

Isukuti is a revered instrument with its own sets of rules in the Luhya community. In the Isukuti’s small ‘kingdom’, only married men are supposed to handle this great tool of endless entertainment.

“Women are forbidden not to handle or even to come close to the drum at night or in the morning of the big event. This is because the spirit can sense its handlers and if annoyed let the team throw away the match of the performance for the day,” Asutsi adds.

Today, Isikuti drum plays much more than its entertainment role in modern society. Ainea, who used to live on proceeds made from Isukuti until Coronavirus kicked him out of Nairobi says his trade will find it hard to claw back and provide his daily bread.

As a drum makers he would supply the same to schools for their music festivals.

The sale of these drums brought in good money.

"Since the Kenya Music Festival has a syllabus for Isukuti dance and ensembles, most of the time we get customers during music festivals. But we have had it rough since Covid-19 struck,” he said.

"The music festivals have a class for Isukuti dance, which is a milestone to the culture. Isukuti dance has been certified by the United Nations Educational, Scientific and Cultural Organisation (UNESCO) and is recognised internationally as an integral cultural heritage," he says.

But while debate over Isukuti rages on, Ainea is still upbeat he will rise, dust off his rusty fingers and return to the city to support Ingwe claw their bitter rivals K'Ogallo as they battle for their first league title in 23 years.

If your aim for it was to just be home and away from the office, why take it when you spend all your time indoors? 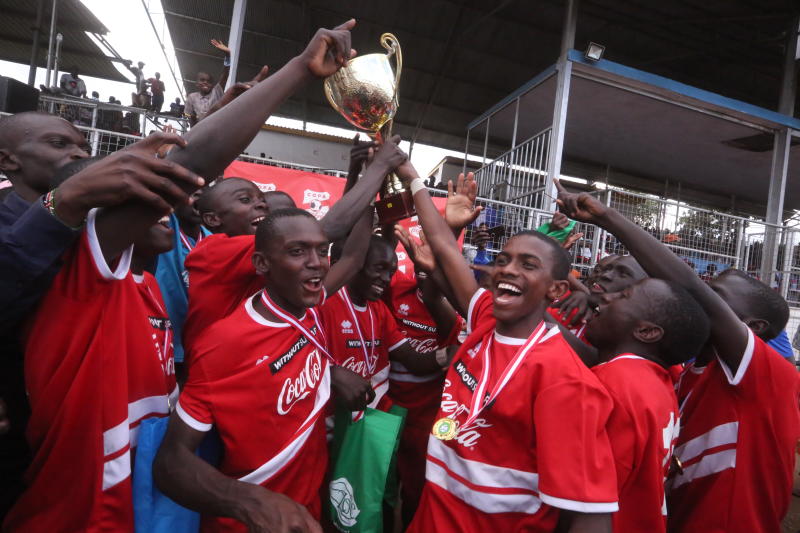 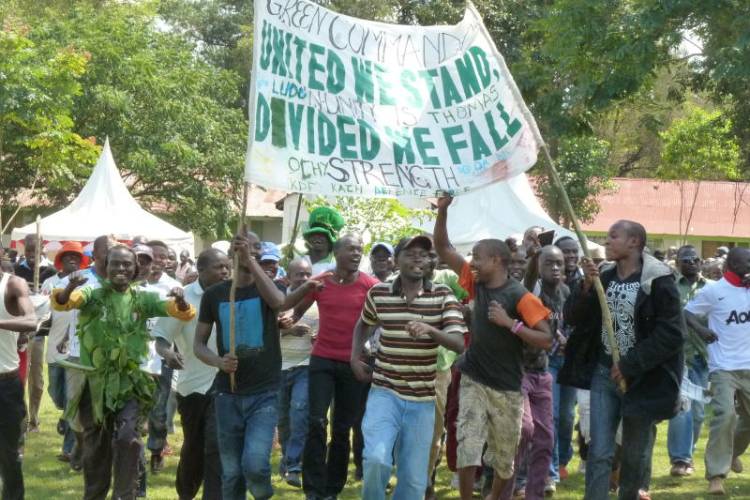 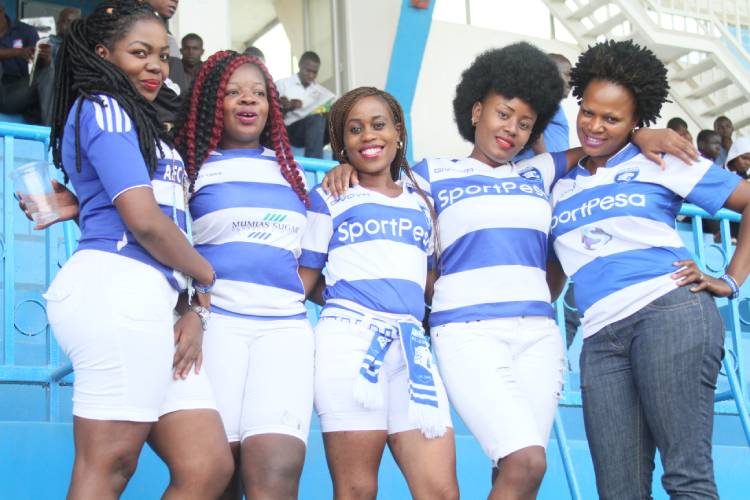 By Elvince Joshua and Peris Wambugu | 15 days ago 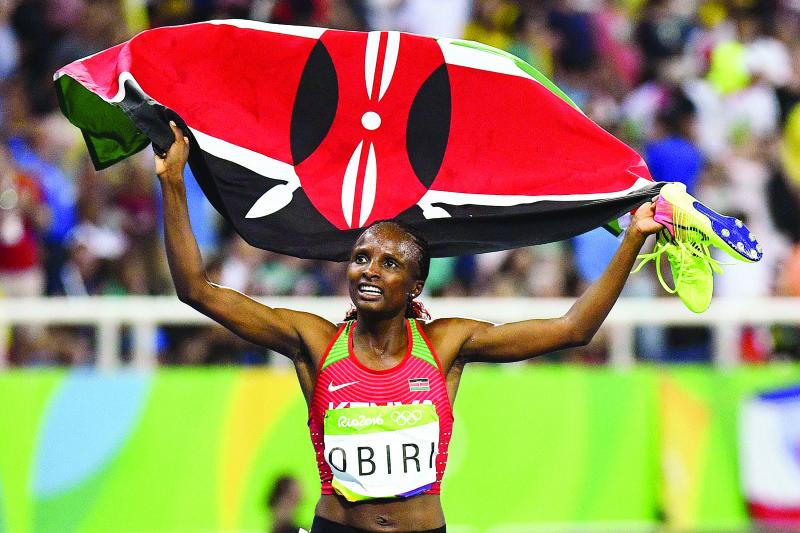