I came across a Facebook post attributed to Mutahi Ngunyi in which he refers to Nyanza (read Luoland) as “enemy territory” for President William Ruto.

For starters, Mutahi Ngunyi, a former tutorial fellow at the Department of Political Science, University of Nairobi, is a dyed-in-the-wool mouthpiece for his community and a pen-for-hire for the state. To accord him legitimacy, some people erroneously refer to him as professor. (This is a discussion for another day).

Mr Ngunyi was referring to the recent visits to Homa Bay and Siaya counties by President Ruto during which the head of state received a warm and friendly welcome by both the citizens and their leaders. In fact, so warm was the welcome that the traditional naysayers were terribly and visibly disappointed.

The only people who were not surprised were Ruto himself and his hosts. The fact that Ruto was gifted a cow - and not a bull - should be telling to those who understand Luo culture. It simply means that the Luo are extending an olive branch to the president; a sign of peace and acceptance. The president was made a Luo elder, to boot.

Raila Odinga himself, the perceived Ruto nemesis, mobilised leaders and citizens of Nyanza to welcome Ruto and make him feel at home. Ruto didn’t disappoint. He referred to the people as “Onjelo Janam”. The Luo refer to their Kalenjin brothers as “Onjelo Jagot”.

Politics aside, William Ruto is a darling of the Luo for several reasons, not least of them being the fact that he has previously stood with them against all odds, and paid a heavy price for it at the ICC. The Luo are not the sort of people who forget easily. In the case of Ruto, they have never forgotten, and they will one day reward him handsomely.

Politics being what it is, the last presidential election pitted Ruto against Raila as front-runners. The people of Nyanza, for obvious reasons, stood with Raila. That mustn’t be mistaken for hatred against Ruto. The Luo love brave people who can stick out their necks for what they believe in.

Ruto has demonstrated his bravery and courage in very unlikely circumstances. Besides, the guy has some beautiful stuff between his ears, and he expresses it articulately and thoughtfully. Anybody who has keenly studied the Luo should know that they love bright people.

The narrative being pushed by Ngunyi and his ilk that the Luo are enemies of President Ruto is a thinly-veiled attack on the perceived tilting of the political scale in favour of Nyanza. It’s something that’s really giving Ngunyi’s backyard sleepless nights given the poorly kept secret that it actually voted against Raila and not for Ruto.

In the absence of Raila, the Mount Kenya region would most probably have voted for someone else other than Ruto. The reasons are well known. President Ruto himself is fully aware that the Mt Kenya region didn’t really vote for him, but rather against his key opponent, Raila Odinga. Ruto was the beneficiary of the campaign of hatred against Raila. I can assure you that Ruto knows this fact better than most Kenyans.

Luckily for Ruto, the hatred against Raila made him the President of the Republic of Kenya. He is a happy man. As a person, Ruto is aware that his meteoric rise to where he is currently can be traced back to the support he has received from three prominent Kenyans: Daniel Arap Moi, Raila Odinga and Uhuru Kenyatta.

President Moi identified him early in life, and made him part of the YK 92, a campaign outfit that was led by Cyrus Jirongo. Moi later invited Ruto to the Cabinet, and as he prepared to leave the presidency, he chose Ruto to be Uhuru Kenyatta’s presidential running mate. Unfortunately, that plan didn’t succeed then as Kenyans voted for Mwai Kibaki.

The bold decision by Raila against Mt Kenya’s resistance marked Ruto’s return to public life. Ruto has never forgotten Raila’s magnanimity towards him and his people at a time of extreme hostility against them. Ruto and Raila are like Siamese twins, tied by politics at their hips.

It is therefore no wonder that the apparent rapprochement between Ruto and the Luo community is causing jitters in the Mt Kenya region. This is not new. In the run-up to the last General Election, many Mt Kenya politicians, including Ndindi Nyoro and Moses Kuria, were reported as lamenting that the Uhuru-led government had channelled an inordinate amount of resources to Nyanza to build infrastructure there despite the fact that the region had voted for Raila.

One thing that they forgot to add was that the Nyanza region had earlier voted for Kibaki and Jomo Kenyatta to the man, yet they had not found it necessary to return the favour. As a keen observer of the Nyanza politics, I wish to state without any fear of contradiction that the Luo believe in genuine friendships and respect. The Luo are genuine and trustworthy. They always deliver on their promises.

The narrative being purveyed by Luo-bashers to the effect that the community is an enemy territory is ill-advised and bound to fail. For decades, there has been some “cold war” between the Kikuyu and Luo arising from the betrayal that is in the public domain. For that reason, the Mt Kenya region is always suspicious of any move that stands to benefit the Luo community.

They are always keen to portray the Luo as people who are rebellious against all successive governments. This is a scheme to consign Nyanza to a perpetual state of backwardness and a laughing stock for the rest of the country.

For a long time, a narrative was propagated that the Luo community were a group of people given to luxurious and extravagant living in cities with very little to show for their opulence in their villages of birth. The poorly coined narrative about the Luo as a people who never thought about their rural homes was meant to hoodwink Kenyans that the Luo were responsible for their lack of government institutions and infrastructure in their region.

Whenever some of us asked why the Luo were expected to build and tarmac their own roads, build hospitals and other government institutions, yet the government was doing it for other regions, no convincing answers were forthcoming. It was purely designed to discriminate and segregate Nyanza from the rest of the country on the basis of the region’s political beliefs. The rest of the country was told that there were no proper residential houses in Nyanza.

In recent times, I have come across reports indicating that some of the most palatial residences in the country are now found in Nyanza. The narrative has now changed: that the Luo are spending too much money putting up palatial homes in their rural villages where they hardly live. Some have referred to our expensive homes as “dead capital”.

What this narrative hasn’t considered is the re-awakening of the Western tourist circuit which is likely to increase the number of visitors to the region. Those palatial houses might be required to provide accommodation to the increasing number of tourists and to motivate children to visit their rural homes for cultural education.

— The writer is Associate Professor, Business Administration and Entrepreneurship (DBAE) 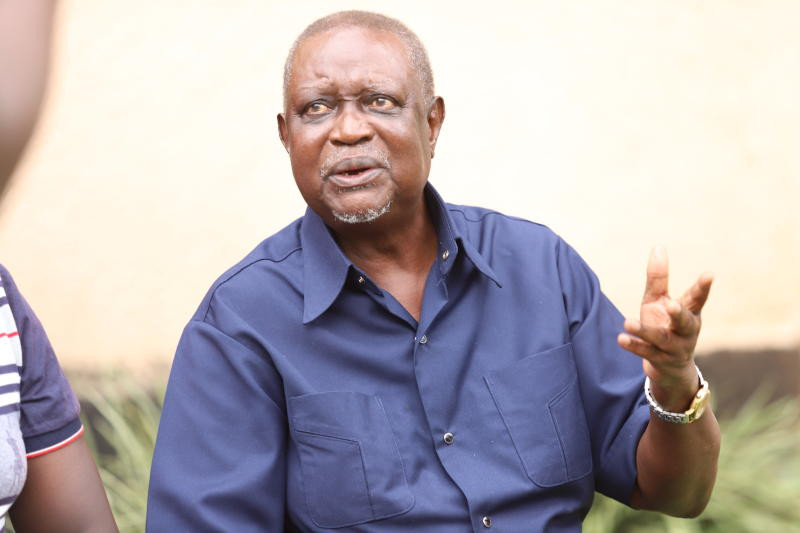 By Olivia Odhiambo 3 13 days ago
Premium Oburu Odinga: Ruto did not win the elections
.