MP Caroli Omondi: Why I will work with President William Ruto 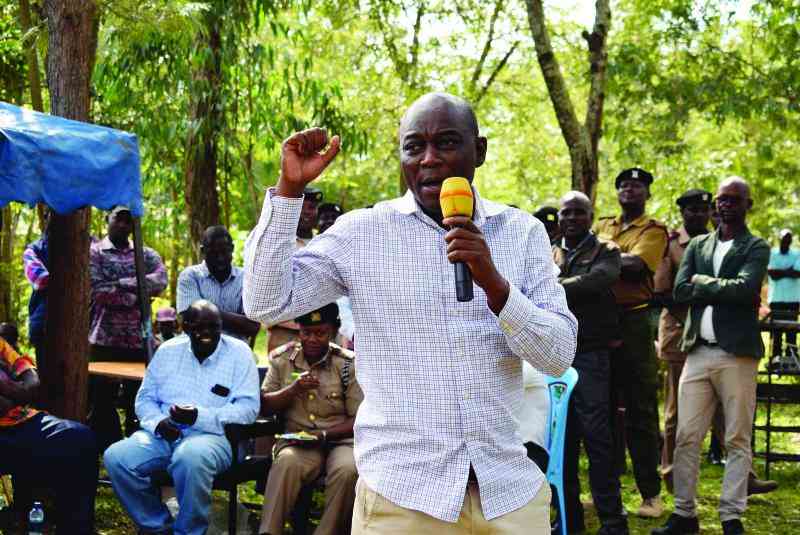 Call me a traitor but I will not stop working with President William Ruto’s government. These are the words of Suba South MP Caroli Omondi.

It has been a political norm in Nyanza region that MPs elected on Raila Odinga’s party ticket do not cooperate with the government.

The rebellion started during former President Daniel Arap Moi’s Kanu regime. It was witnessed again during the era of Moi’s successor, Mwai Kibaki.

A similar rebellion extended to the reign of the immediate former President Uhuru Kenyatta. The rebellion continued in the early part of Kenyatta’s second term before he had a handshake with Raila in March 2018.

But Omondi, who was elected on an ODM ticket, said he cannot bow to the pressure of being branded a traitor by his colleagues.

Omondi maintained that he must enjoy the independence of his conscience to make a personal decision of working with the Kenya Kwanza government.

In what shows his cooperation with the government, Omondi has been accompanying ICT and Digital Economy Cabinet Secretary Eliud Owalo to different functions. In the last two months, Owalo has been distributing relief food to citizens in various constituencies of the Nyanza region.

But Omondi has been accompanying him in all the constituencies.

Speaking during relief food distribution at Ndiru divisional headquarters in Rangwe Sub-county,  Omondi said he would not bow to the pressure of people who call him a “mole” for working with the government.

“I cannot bow to pressure from anybody over my decision to work with the government. I have made this decision independently as a leader who wants to serve the interest of his people,” Omondi said.

He argued that an MP who is conscious of the development of his people must cooperate with the government to influence the implementation of development projects in their constituency.

He said the national government holds 85 percent of resources for implementing development in various parts of the country.

He said a multimillion road tarmacking project in his constituency had stalled. The road, known as the Mbita-Sindo-Magunga-Sori road, which was started by the Jubilee government stalled due to funding problems.

The MP said that the construction of the road requires his cooperation with Ruto’s administration. The road is the first tarmacked one in the entire Suba South constituency.

The lack of a tarmacked road has caused economic drawbacks among residents of the Suba South constituency.

Residents produce many crops and fish from Lake Victoria, but transportation is a problem.

“The people of Suba South need a tarmacked road to facilitate transport. This will enhance wealth creation by our people,” Omondi said.

He argued that the time had come for him to stop politics and focus on issues that can improve the economic well-being of Suba South residents.

“I don’t want to be a selfish politician who only focuses on politics even at a time when we are supposed to be focusing on development to transform the lives of our people. Let me be clear that it is no longer time for politics. I am working with the government to influence resources on behalf of Suba South residents,” Omondi said.