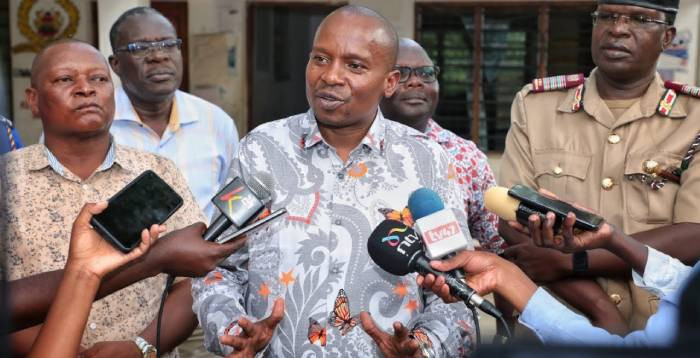 With armed police officers at their beck and call, chiefs and their assistants are set to regain the once-powerful stature that made them loved and hated in equal measure.

Chiefs’ influence, power and authority was largely felt because of the presence of Administration Police (AP) officers attached to them.

Although some experts are faulting the directive by Interior Cabinet Secretary Kithure Kindiki to have each chief assigned five officers, the era when the grassroots administrators were feared and respected is about to return should Kindiki’s proposal succeed.

In the old days before the repletion of the Chief’s Act and Local Act, AP officers were subordinate to chiefs who wielded such immense power that their word was almost law.

Only a few people dared challenge a chief. Even men considered to be tough like military officers reported to the chief when on leave. Once the leave was over, the soldiers were required to obtain a clearance letter back to the barracks.

Such were the good old days when chiefs were the most important government officials in villages where they bestrode, exercising powers bestowed on them by British colonialists.

The office of the chief was not established to protect Africans, but to ensure by crook and by hook, the entrenchment of colonialism. The chief was the single link between the imperialists and natives.

For the longest time, the chiefs operated under the Chief’s Act created in the 1920s by colonialists to give the local government administrative powers. It was effected on March 24, 1937.

The Act, which was repealed, empowered chiefs to arrest, compel attendance before the courts, fine suspects and maintain cells or other places of confinement. The punishment for disobeying a chief included fines, month-long jail sentences or community service.

Further, with the full backing of Tribal Police (which later changed to Administration Police), the chiefs' other roles were maintenance of public order, hearing petty cases, collecting taxes, controlling the brewing of prohibited liquor, preventing wasteful destruction of trees, restricting the carrying of arms, and ensure clearing of roads and footpaths – all rolled in one.

Even after Kenya gained independence, the powers of chiefs remained intact until 2010 when the new Constitution changed the structure of both the Police Service and Provincial Administration.

“We are working towards reorganising ourselves between the NGAOs (National Government Administration Officers) and the police to ensure that every chief has police officers attached to them to enable them to enforce law and order,” said Kindiki about his proposal to revert to the old setup.

While the announcement has excited many chiefs, some of them and civilians just like Joseph Onyango a governance expert in security management and security analyst George Musamali are against the proposal.

“According to the Constitution, it is only the Inspector General that is mandated to deploy police officers,” said Onyango, the immediate former chief executive officer, National Police Service Commission.

In the first place, according to Musamali, the Constitution does not recognise NGAOs where chiefs fall, and therefore, assigning them officers was akin to committing another illegality.

“Under the new Constitution, the police command structure is clearly defined; there is no provision that says police officers should report to chiefs. Moreover, deployment is the mandate of the Inspector General and not the Interior Cabinet Secretary. Kindiki made roadside declarations that don’t stand in law,” said Musamali.

Elias Kuhia, a village elder in Lunga Lunga slums, says they fear that through chiefs, the government is trying to re-introduce authoritarian rule. The man who has closely worked with the local administration claims police will use brute force when enforcing order or resolution disputes.

“It is not good idea at all; let the status quo remain. We don’t want a return of the dark days when chief used police to terrorise civilians. The current Constitution gives power to civilians not vice versa,” said Kuhia

Some of the chiefs interviewed however were upbeat that their work will now become easier, boasting that the sooner police are put under their command, the better.

“It is unfortunate that activism led to APs being withdrawn from chiefs when in real sense during President Moi’s (Daniel) tenure, the arrangement was very effective leading to less petty crimes. We are happy it is being revived though possible loopholes should be sealed to avoid misuse of the police officers,” said a senior chief from Nairobi.

According to the chief, at the moment they lack support yet they are required to maintain social order in a hostile environment that no longer appreciates or respects them.

“For us to be effective, we need to be empowered with tools. The professor (Kindiki) is therefore getting it right,” said the chief adding that if implemented, a legal provision should be created to allow chiefs exercise power over officers assigned to them.

A chief from Homa Bay County had a contrary view, arguing that it is a wrong move bound to breed more conflict.

The administrator says their working relationship with AP officers is already poisonous since cops have been frustrating war against illicit brews and drugs in villages. He claims officers receive bribes to protect the sale and consumption of illegal alcohol.

“Without the law first being amended to allow them to be answerable to us, the proposal is just talk, on paper that is not implementable under the current Constitution,” stated the chief.

According to him, the best option would have been training all chiefs and assistant chiefs in paramilitary skills, arming them, then improving pay and welfare.

“Imagine what can happen in a location where a chief and his three assistants are all armed; I can guarantee you of law and order in that place,” observed the chief.

Retired chief Ouma Nyakachi who served in Nairobi says the work of a chief is tough, routinely exposing the holder of the office to many challenges, risks and threats.

Equating a chief’s office to a courtroom, Nyakachi says the local administrators deserve police escort and that the officers should be domiciled in the location and under the command of the chief.

“Many people have misunderstood the role of chiefs in society when we all know they are neglected government officials who solve within a day, a case that would have taken a judge five years to conclude,” said Nyakachi.

Nyakachi worked under the old system that allowed them to be accompanied by AP officers. His experience is that the APs made his work difficult by being obsessed with being given ‘lunch’ in form of bribes.

“A chief is a poorly paid small person who has no budget to give lunch all the times. I hope this time round the officers will not resort to the habit of making demands and refusing to co-operate whenever lunch is not available,” stated the retired chief.