Why Joseph Kinyua was the engine of Uhuru Presidency 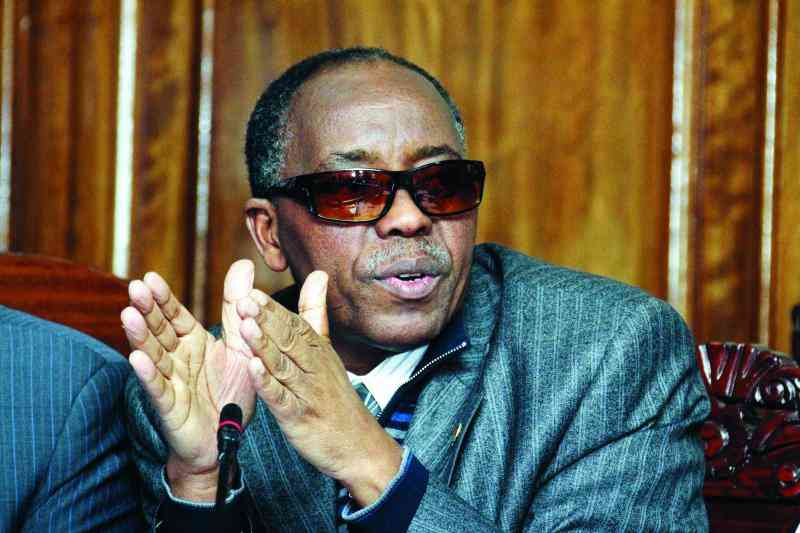 Joseph Kinyua, the immediate Head of Public Service, had tried retiring but former President Uhuru Kenyatta could not let him go.

Even other presidents before Uhuru seem to have faced similar problems of clinging on to the same old and tested technocrats who understood “the mechanics of government.” The odd thing about this post is that few jostle, canvass, position, fight, back stab or front bite to have it.

Kinyua, one of Kenya’s oldest civil servants, was appointed when Uhuru ascended to power in 2013 to a low reception despite few doubting  the career economist’s stellar performance as PS at The National Treasury. His close rapport with Uhuru started when Uhuru was Finance Minister in the Kibaki administration.

Our sources at State House also stressed the fact that Kinyua is “a workaholic and incorruptible, and has remained frugal — not one to waste State resources. Even as his colleagues immersed themselves in flamboyance, he surrendered his government vehicles on Fridays and used  his private cars on weekends, including Pick-Ups, even though his home in Nyeri is nearer Nairobi.”

When at the Treasury, Kinyua reported to work at 4am when even Uhuru as Finance Minister trooped in at 8am or much later. Kinyua’s job description included “coordination of Cabinet affairs and programmes” for which those in the know argued meant he should have been vetted by the Public Service Commission and Parliament as stipulated in Article 10 of the Constitution.

Activist Okiya Omtatah challenged Kinyua’s issuance of circulars to parastatals. But he clarified in court papers that he was only transmitting the President’s decisions and not usurping the power of the Public Service Commission.

Kinyua who also cited the President’s powers to create offices within the public service was first appointed Chief of Staff with his broom sweeping across State House staffers and all civil servants and even Principal Secretaries, effectively making him the “engine of the Presidency.”

Human Resources expert John Osoro told The Nairobian that the Head of the Public Service is not only answerable to the President but also runs the Cabinet Office which communicates executive decisions besides supervising and coordinating ministries and departments.

His role as Chief of Staff was later given to Nzioka Waita who also doubled as head of the Presidential Delivery Unit.

But State House sources intimated to The Nairobian that “he has the President’s trust” and even Cabinet Secretaries still had to pass through him before making any presentations to the President. They said Kunyua’s “many years of experience also counts a lot”. Here we’re talking three decades in government positions that included overseeing major policy decisions, besides stints with the Central Bank of Kenya, the International Monetary Fund (IMF) and several ministries, including PS at Treasury.

In State House circles, Kinyua was regarded as the “elder in the room” and with a fairly young team at the presidency, his firm, but decisive calmness made him a key influencer in shaping statecraft besides being a key driver of Uhuru Kenyatta’s Big Four Agenda upon which his legacy is hinged.

“One thing that has worked for Kinyua is the fact he is not a dyed-in-wool administrator. Even when he rejects or seeks a relook at proposals made by CSs and PSs, he does not dress them down,” added another source at State House. “He is not the (Simeon) Nyachae, (Fred) Matiangí type.”

And it is not just Uhuru who had problems letting his Head of Public Service go: Kibaki had Ambassador Francis Muthaura and Francis Kimemia. Retired president Moi had Simeon Nyachae  then the Chief Secretary, a precursor to the Head of Public Service. His powers were akin to those of a Prime Minister. Moi was forced to scrap the position! Uhuru’s Old Guy, Mzee Jomo Kenyatta- in his 15 years rule- had the powerful Duncan Ndegwa, Jeremiah Kiereini and the late Geoffrey Kareithi holding fort.

In the William Ruto administartion, Felix Koskei is the new Chief of Staff and Head of Public Service in new appointments made by President William Ruto on October 14. Koskei will be deputised by former Turkana Governor Josphat Nanok, who was serving as the Director-General of William Ruto’s presidential campaigns.