Police keep summoning me over 'hate speech' to intimidate me, Sudi says 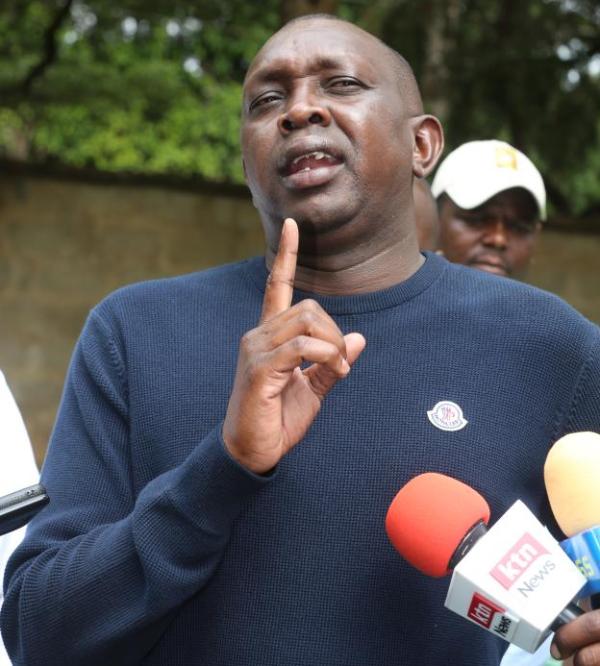 Want Kapseret MP Oscar Sudi to speak fluent English? Offer him a Sh5 million business deal. He is a man known not to mince his words.

Sudi shoots from the hip and it has always landed him in trouble. He has been held several times in police cells and charged with uttering words that could stir violence.

Recently, Sudi, 41, together with Soy MP Caleb Kositany and Uasin Gishu County Assembly David Kiplagat were summoned by detectives in Nakuru and grilled for allegedly planning and coordinating the attack on ODM leader Raila Odinga’s chopper.

The April 2 summons came hardly two months after Sudi was cleared of hate speech charges by a Nakuru court. Sudi was accused of insulting President Uhuru Kenyatta’s mother on September 7, 2020. Following his remarks, police camped at Sudi’s home to arrest him.

A confrontation ensued between his supporters and the police as residents barred the officers from accessing the legislator’s home.

Police broke into the home but could not find the legislator.

Sudi, however, presented himself at Langas Police Station in Eldoret. He was then flown to Nakuru in a police chopper. The lawmaker was arraigned on September 14, 2020, in Nakuru and charged with hate speech.

Idle, angry and jobless youth are more than willing to cause political chaos

The National Cohesion and Integration Commission recommended that he be arraigned for making abusive statements toward the President and his family. The court allowed detectives to hold him for two days pending a ruling on an application by the commission to hold him for 14 days pending investigations.

On September 16, 2020, detectives were allowed to detain Sudi for a further seven days, a decision he appealed and was admitted on Sh1 million personal bond.

Principal Magistrate Isaac Orenge on February 11 said the evidence presented was not enough to convict him.

Immediately he was cleared, Sudi addressed the media, asking if the words he uttered were in any way inflammatory. He said the government seems to apply double standards as some leaders who utter hateful words were not arrested.

“When investigations are done I come out clean.” The MP said he always tells the truth backed with facts. He added that the government puts pressure on him instead of going for Deputy President William Ruto, whom he supports.

“The government wants to intimidate me. It should go for the right person.” He says he only fears God, hunger, and lightning. On April 8, when the NCIC released a list of words to be avoided to curb hate speech, the UDA diehard shared a video hitting at the commission. He said ‘sipangwingwi’ should not have been on the list. He asked the NCIC to instead flag words like tibim and vijana fire.

Early this year, the MP said: “Some people say Sudi never went to school. I always tell them if you want me to speak English, offer me a business deal of not less than Sh5 million.”

The 38-year-old sprinter is drop-dead gorgeous, built like a model, but make no mistake: She is an assassin on the tracks.

Even though she indicated she has no qualms identifying as a member of the family, she worked hard to succeed in politics.