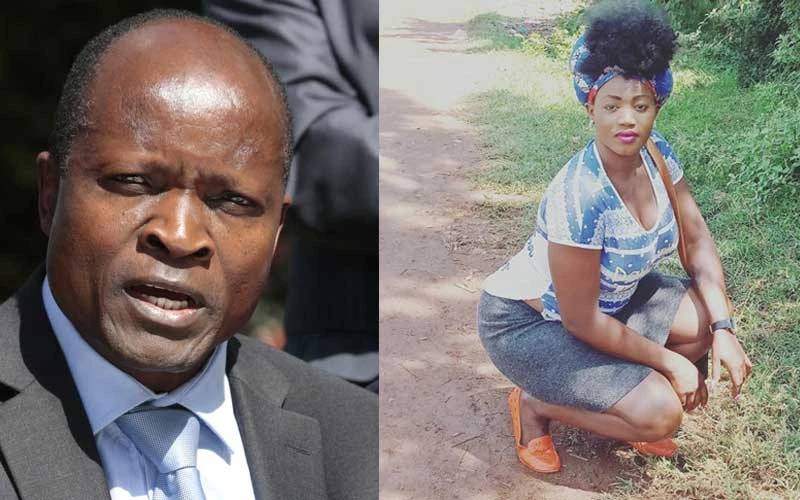 All indications are that Migori Governor Okoth Obado will serve his full term, and had he not changed his mind, he would now be running for president, which of course is his right under the Constitution.

There is, however, the small matter of two ongoing court cases involving His Excellency the Governor, a leader we must point out, remains innocent until proven guilty.

First is murder, where he and others have been charged for the killing of university student Sharon Otieno. Second is graft, where the governor is charged alongside six family members with conspiracy to defraud the state of Sh505 million.

Going by past experience, these cases could take years to resolve within the court system — by which time the governor will have served his term or could as well be president had he run and won.

Then there are former Nairobi governors Evans Kidero and Mike Sonko, and their Kiambu counterpart Ferdinand Babayao Waititu. While Kidero was arrested and charged for graft related offences after losing his seat, both Sonko and Waititu were charged for similar offences and later impeached. The three gentlemen are reportedly running for governor seats in different counties.

In Malindi, MP Aisha Jumwa is grappling with murder and graft cases, which have been postponed till September when she could as well be governor if she wins in the August elections.

Meanwhile, Kapseret MP Oscar Sudi has been charged with faking a KCPE certificate, while Meru Senator Mithika Linturi is in court for attempted rape.

Sonko doubles down on Coastal roots; "I was born here"

Voters chase away MP for calling them illiterate

As we stated at the outset, the lady and gentlemen could be as clean as cotton and must be viewed as such until proven otherwise by a competent court of law. But then, how does it feel for them to serve as public officers and even seek re-election or election to a higher office with such serious allegations hanging around their necks like a millstone?

The fairest thing for them and the people they serve would be for the courts to swiftly prosecute their cases, or for these leaders to resign from public office until cleared by the courts.

The deteriorating nature of debate is because these days, MPs look at what political mileage they will get from their contributions.

Ethiopian immigrants repatriated back to their country

The five girls and 22 men, aged between 12 and 36, are suspected to have been smuggled into the country against their will.